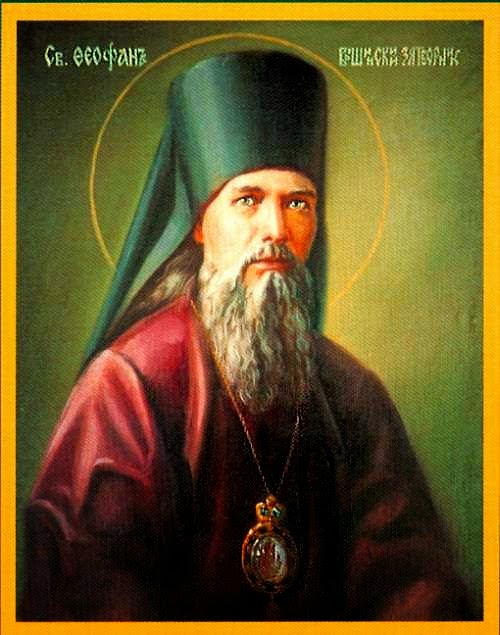 
It is natural to ask: What is grace-filled awakening? Into what state does it put the sinner? And how does this state differ from other similar states? It is necessary to know the characteristic traits of awakening in order not to let it go by fruitlessly, and so that you might not accept some natural state in its place.
The state of the soul awakened by grace can be discerned by comparing it to the opposite state of a soul lost in the sleep of sin.

The Feeling of Dependence on God Returns.

Sin separates man from God. A person who has left God for sin does not perceive his dependence on God, lives as he pleases, as though he is not God's and God is not his. He is like a self-willed slave who is running from his master. Now his barrier is broken. The feeling of dependence on God returns. The person clearly realizes his total subservience to God and his absolute responsibility to Him. Before, heaven for him was just a heavy, copper lid stretched over his head; but now some rays of light pass through this dark veil, showing him God the Master and Judge. Within him is powerfully awakened the perception of the Divinity in all His perfection, and the Divinity irresistibly inhabits the soul, filling it entirely. This is the foundation and potentiality for the future spiritual life.

One Sees all his Ugliness within.

Sin first enveloped man in blindness, insensitivity and indolence. At the moment of grace's influence, this three-layered, crystallized millstone falls from his fettered soul. The person now sees well all his ugliness within, and not only sees it, but also feels it. He also realizes the danger of his condition, begins to be ashamed of himself and takes care for his fate. Not only does shame fall into the soul, but with the feeling of responsibility for himself before God, fear, agony, and disappointment begin to powerfully attack his heart. His conscience gnaws at him.

One Feels a Certain Sweetness in Godly Life.

Now he feels a certain sweetness in godly life. Sensing all the futility of a sinful life and nursing a revulsion for it as for a sea of evil, he also has a presentiment that joy and consolation are hidden in the realm of goodness, which is now being revealed to his spiritual eye. It comes into his view like the promised land, as a most blessed haven from all disquiet. This presentiment in a sinful soul is ultimately a manifestation that man himself cannot produce. It is God's blessing and is subject to His authority. Thinking about it is not the same as feeling it. God Himself leads man's spirit into His treasure-house and allows man to taste its blessings.

Freed from the Reign of Sin the Soul is Free to Choose.

Notice how necessary this action of grace is on the path of freeing the soul from the reign of sin. The goal of awakening grace and its power extricates man from the jaws of sin and places him on the point of indifference between good and evil. The scales of our will, on which the will leans toward one side or the other, should now be evenly weighted. But this cannot happen if the sinner is not given at least a foretaste of the sweetness of goodness. If this were not given, then the sweetness of sin, as we pointed out before, would attract him more strongly to itself than to goodness; and the choice would fall to the former, as happens with those who have contrived to change their lives without grace-filled awakening. For this is a general law: ignoti nulla cupido, that is, what you do not know you will not desire. But when grace-filled awakening allows him to taste the sweetness of goodness, it attracts him to itself, as we said, consciously and perceptively. The scales are even. Now complete freedom to act is in the person's hands.

Everything is Illumined by this Grace-Filled Awakening.

In this manner, as in a flash of lightning, everything within and around the person is illuminated by this grace-filled awakening. For one instant it introduces the heart to that state from which sin has been cast out, and places man into that chain of creation from which he voluntarily exiled himself through sin. That is why this act of grace is always signified by a sudden fright and jolt, like the way the abrupt sound of the word "stop!" jolts a person walking quickly but lost in thought. If you look at this state from a psychological point of view, it is nothing other than an awakening of spirit. It is natural for our spirit to acknowledge Divinity, and the higher world or order of things, to raise man above everything sensual, and carry him away to the purely spiritual realm. But in the sinful state our spirit loses its strength and commingles with psychological emotionality, and through it with sensuality to the point of practically disappearing into it. Now through grace it is extricated from this and placed as if on a candle stand within our inner temple, and it sheds light upon everything dwelling within and is visible from within.