Ascension Icon (A commentary) Why stand ye gazing up into heaven? 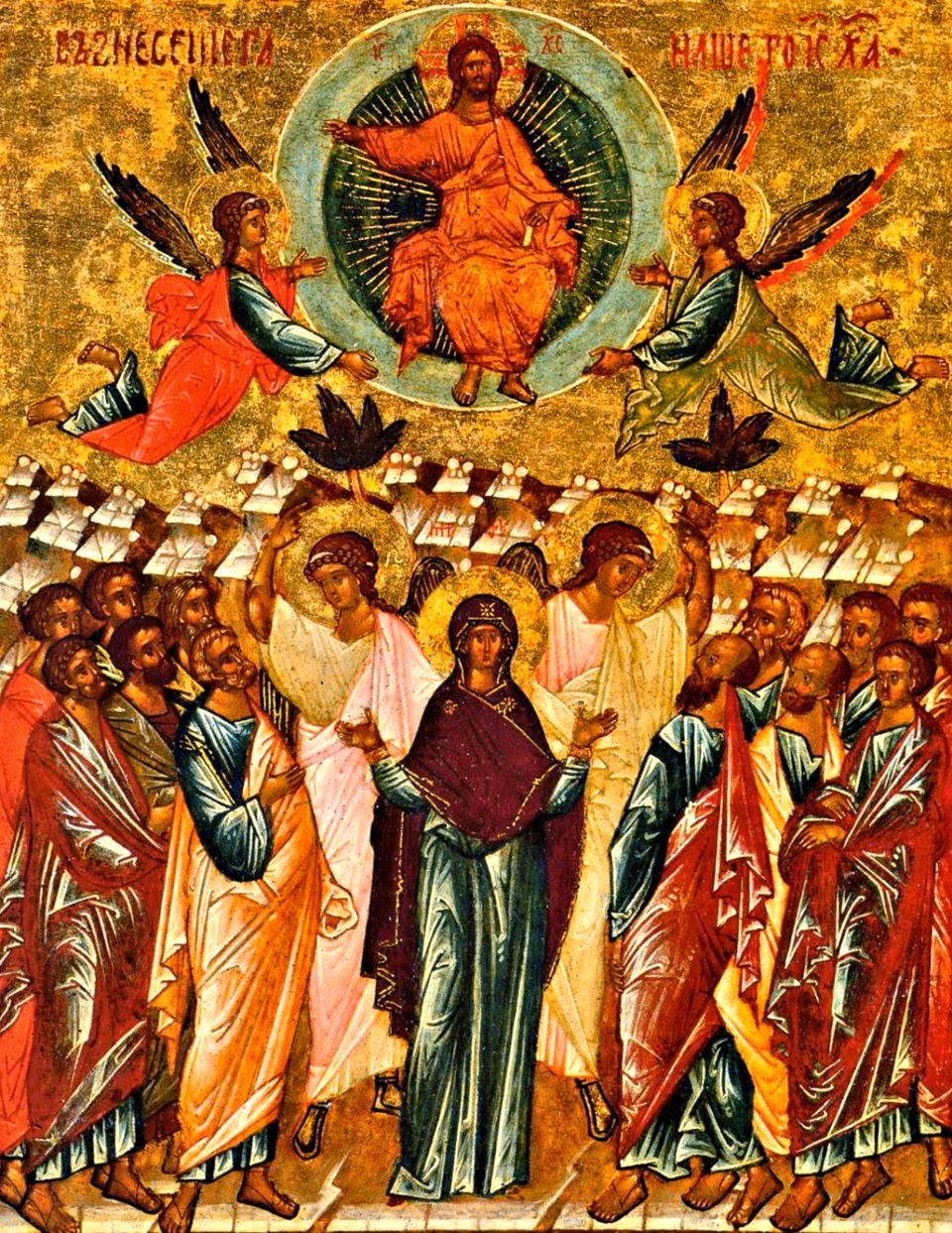 Forty days after Christ’s resurrection, He was taken up into the Heavens before the disciples, and so forty days after Easter, is the Feast of the Ascension. The icon for this feast shows the events as described in the Book of Acts, though as with all Holy Icons there is more revealed than just a straight retelling of the story in pictures.

From the Rabbula Gospels (6thCentury)


The image itself is characterized by colour: the robes of the Apostles, the Mother of God, the Angels, and Christ Himself surrounded by light; all this is suitable for the Feast itself, which is one of the Twelve Great Feasts and a joyous celebration.


The icon contains both confusion and peace: the former is borne of worldly reasoning, whilst the latter comes from divine, heavenly, order.


In the Scriptures, Jesus is described as being merely “taken up” into the skies and disappearing from sight behind a cloud. Seemingly contrary to this, the icon of the event shows Christ in glory: surrounded by a mandorla (or circle) of light, flanked by angels, and arrayed in brilliant golden robes. Indeed, the similarity between the appearance of Christ at His Ascension, and the appearance of Christ at His Second Coming are striking:

The image of Christ in glory, seated upon a “rainbow”, comes directly from the Book of Revelation, regarding the Last Judgment and Second Coming of Jesus Christ:

Immediately I was in the Spirit; and behold, a throne set in heaven, and One sat on the throne. And He who sat there was like a jasper and a sardius stone in appearance; and there was a rainbow around the throne, in appearance like an emerald. (Rev 4:2-3)

The reason Christ ascending into Heaven is depicted the same as Christ’s Second Coming is because of the words of the angels present at the Ascension:

“Men of Galilee, why do you stand gazing up into heaven? This same Jesus, who was taken up from you into heaven, will so come in like manner as you saw Him go into heaven.” (Acts 1:11)

And so the Icon depicts Jesus’ Ascension and Second Coming “in like manner”. Not that the disciples below Christ fully understand these words yet.

Email ThisBlogThis!Share to TwitterShare to FacebookShare to Pinterest
Labels: Feasts of The Lord, Icons, Pentecostarion 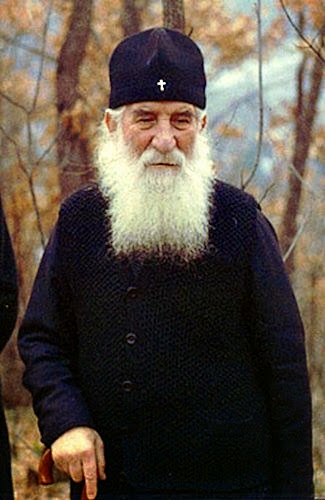 Man has always been fascinated by ultimate things--life, death, the origin of the world--and his discoveries in other fields of knowledge have given him confidence to assume that some day these mysteries will also yield to the power of his intellect. Such pride of mind, however, can only lead away from the truth, which, according to Orthodox teaching, is the aim and foundation of all true knowledge. How is such knowledge acquired? Here we have part of a longer essay by the renowned Serbian theologlan of blessed memory, Archimandrite Justin Popovich (+1979), in which he distills the writings of Saint Isaac the Syrian on the Orthodox theology of knowledge. Briefly, he explains that because man's understanding became darkened through sin, through consorting with evil, he became incapable of true knowledge. Man can come to this knowledge only when his soul (the seat of understanding) is healed. This is made possible by means of the virtues, and the primary virtue in this remedial process is faith. 'Through faith, the mind, which was previously dispersed among the passions, is concentrated, freed from sensuality, and endowed with peace and humility of thought .... It is by the ascesis of faith that a man conquers egotism, steps beyond the bounds of self, and enters into a new, transcendent reality which also transcends subjectivity." In separate sections, Fr. Justin discusses prayer, humility, love and grace, all requisite companions of faith, before leading the reader into "The Mystery of Knowledge," which we have reprinted below with slight abbreviations.