St. Maximos the Confessor: There are three things which produce love of material wealth . . .

Elder Ephraim Of Arizona- On The Splendor of the Divine Liturgy 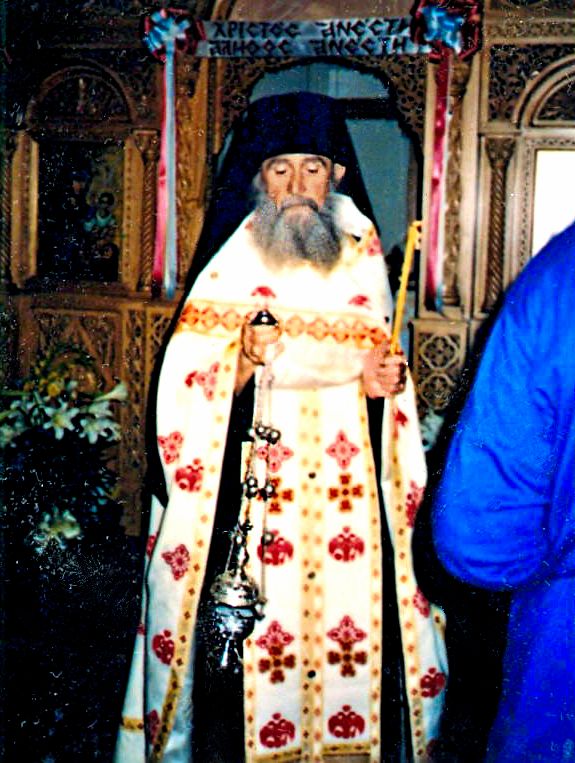 by Elder Ephraim of Arizona

The Divine Liturgy, what a splendor indeed! Man has been honored by God in such a way that He Himself comes down to earth with His Angelic Orders every time there is a Liturgy, in order to nurture man with His Most Holy Body and His Most Precious Blood! For He has given us everything. Is there anything physical or spiritual, perishable or everlasting, that has not been offered to us? None! Is there anything superior to His Most Holy Body and Blood, which is given to us on a daily basis? There is certainly not. God has enabled man, who is full of soil and dirt, to serve the Divine Liturgy. So priceless is the Divine Love that just a tiny drop exceeds any earthly, physical and secular love.

Adam and Eve's sin was the starting point of all the distressing events that have occurred to this day and of those that will occur until the end of time. Disobedience, like a sperm inside Eve's womb, gave birth to and transmitted physical and spiritual death to all of humanity. Poor Eve, could there have been a way for her to see that "the split second" taste of the fruit would cause such turmoil, thus compelling the Holy Trinity to have a "co-entreaty" so that the one Person of the Life-Giving Trinity would be sent to the world and endure, by the works of His hands, the blows, insults, whipping, spitting as well as all kinds of obscenity and ultimately be hung on the Cross as a curse! "Cursed is everyone that hangeth on a tree" (Gal. 3:13).