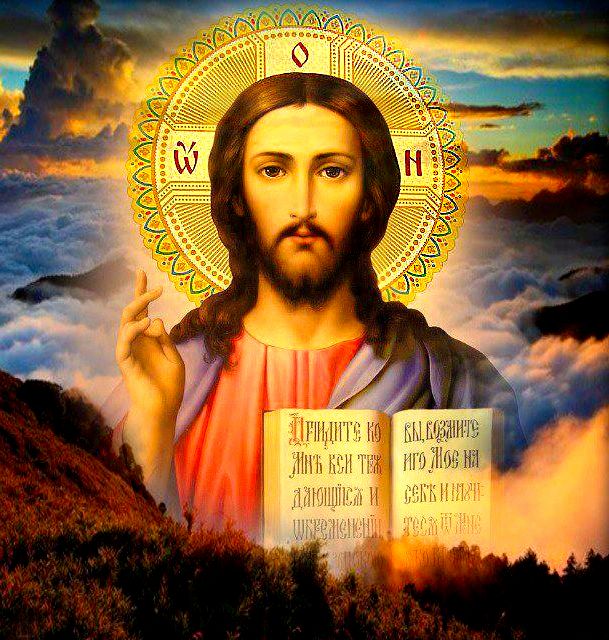 The Taxing of Souls by Metropolitan Hierotheos Vlachos 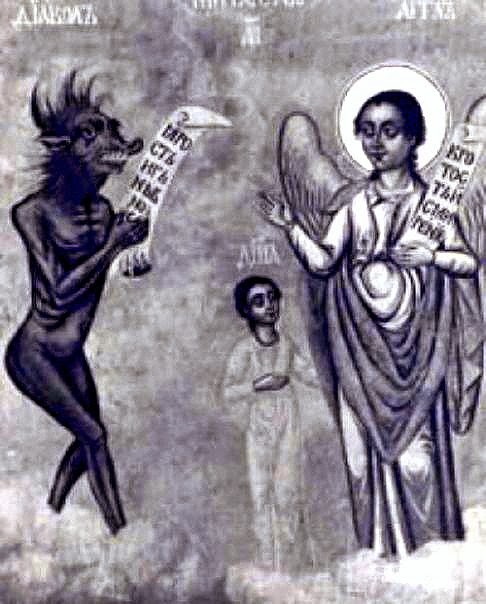 The charge of "Gnosticism" is exactly what is leveled against those Orthodox writers today who faithfully uphold the tradition of the aerial toll-houses. It would be one thing for a Protestant critic to level such an accusation; but for Orthodox to make the same claims is truly sorrowful. What follows is an extended quote from The Hellenic-Christian Philosophical Tradition, by Dr. Constantive Cavarnos (Belmont, MA: Institute for Byzantine and Modern Greek Studies, 1989), pp. 17-21. The quote within this passage is from St. Basil's To Young Men, on How They Might Profit from Greek Literature, sect. IV and V; cf. 1 Thess. 5:21. I have included this here to demonstrate, in relation to another theological topic, the spurious nature of these accusations. For further insight into this see "Answer to a Critic," by Fr. Seraphim of Platina.

The presence of Platonic notions and terms is so noticeable in the writings of Gregory of Nyssa, a brother of St. Basil, that he has been called by some a "Christian Platonist." Two later Church Fathers—John Damascene, who flourished during the first half of the eighth century, and Photios the Great, who lived in the next century—have been characterized by some as "Christian Aristotelians." This has been occasioned by the fact that both wrote substantial chapters on the Categories and the Predicables of Aristotle. But a careful reading of the whole body of their works shows that they made much greater use of Plato’s writings than of Aristotle’s, particularly in their discussions of God and the human soul. With regard to Photios, it is very significant that in his Lexicon of ancient Greek words, entitled Lexeon Synagoge, there are far more references to Plato than to Aristotle. In listing words used by Plato, Photios often names the Platonic works in which they appear. He mentions altogether fifteen dialogues.
Moreover, in one place he speaks of Plato as "great" (ho megas Platon), but he nowhere uses this highly honorific word for Aristotle. On the basis of such internal evidence, there would seem to be a justification for calling Damascene and Photios "Platonists," rather than "Aristotelians." Actually, the use of either of these terms for them is inappropriate, a serious error, as it is when applied to Justin Martyr, Basil the Great, Gregory of Nyssa, or any other of the Greek Church Fathers. For the foundation of their thought is neither Platonism nor Aristotelianism, nor some other secular system of thought, but is Christian revelation. This very important fact is noted frequently by the Greek Fathers from the earliest to the latest. Thus the fourteenth century Father Gregory Palamas, Archbishop of Thessaloniki, says: "Whence did we learn about God, whence about the universe, whence about ourselves something certain and free of error? Is it not from the teaching of the Spirit?"
The adoption of certain notions and terms from Plato, Aristotle, and other pagan writers does not make the Greek Church Fathers adherents of such writers. They would have had no objection to being called simply "philosophers." For they call Christianity "philosophy," "the divine philosophy," and characterize serious reflection on some problem or topic, such as those they engaged in, "philosophizing." But none of them called himself or any other of their learned Christian predecessors a "Platonist," an "Aristotelian," a "Christian Platonist," or a "Christian Aristotelian." Such characterizations were for them unthinkable. They were unthinkable because they would have been untrue, for the foundation of their thought was, as we have noted, neither Platonic nor Aristotelian, but Christian. Although they did use many elements from Plato and Aristotle, they chose those elements that did not contradict revealed teaching, but were in harmony with it and helped express or illustrate its content. In other words, their use of pagan philosophy was not a wholesale, slavish one. It was a very selective or "eclectic" use, which left them quite free to criticize the errors of secular philosophy. Material for this eclecticism was provided for them not only by the writings of Plato and Aristotle, but also by those of the Stoics and other Greek philosophers and, further, by ancient Greek poets, historians, and orators. The following remark by St. Basil is very illuminating in this connection: "Since it is through virtue that we must enter upon this life of ours, and since much has been uttered in praise of virtue by poets, much by historians, and much more still by philosophers, we ought especially to apply ourselves to such literature."
The guiding principle for this eclecticism was put forth by Basil and used by the other Christian philosopher-theologians or Church Fathers of the East. Basil advised: Take from heathen books whatever befits the Christian and is allied to the truth, and pass over the rest. The model to be used is the bee. "Altogether after the manner bees," says Basil, "must we use these writings, for the bees do not visit all the flowers without discrimination nor indeed do they carry away entire those upon which they light, but rather, having taken so much as is adapted to their needs, they let the rest go." . . .
One reason why the Greek Fathers selected and adapted such elements was because they found them very helpful for formulating in clear and precise form the content of the Christian faith. Another reason was the fact that the use of philosophical terms and concepts would attract to the faith the more educated among the pagans—those who had received instruction in philosophy. For these reasons, too, they chose as their language not the common Greek, the koine, but Attic Greek, using as their models particularly such great masters of Attic prose as Plato, Aristotle, Demosthenes, and Thucydides. From Plato, they took many philosophical elements, modified them to a greater or lesser extent, and assimilated them organically in the Christian teaching. 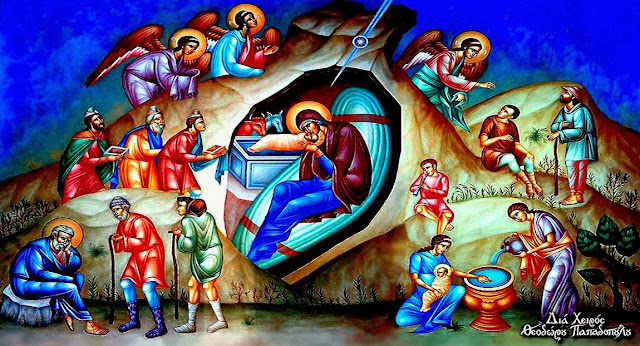