Saint Gregory Palamas- On Icons and the Second Commandment

St. Gregory Palamas ca. 1296-1359
‘You shall not make an image of anything in the heavens above, or in the earth below, or in the sea’ (cf. Exod. 20:4), in such a way that you worship these things and glorify them as gods. For all are the creations of the one God, created by Him in the Holy Spirit through His Son and Logos, who as Logos of God in these latter times took flesh from a virgin’s womb, appeared on earth and associated with men (cf. Baruch 3:37), and who for the salvation of men suffered, died and arose again, ascended with His body into the heavens and ‘sat down on the right hand of the Majesty on High’ (Heb. 1:3), and who will come again with His body to judge the living and the dead. Out of love for Him you should make, therefore, an icon of Him who became man for our sakes, and through His icon you should bring Him to mind and worship Him, elevating your intellect through it to the venerable body of the Savior, that is set on the right hand of the Father in heaven. In like manner you should also make icons of the saints and venerate them, not as gods – for this is forbidden – but because of the attachment, inner affection and sense of surpassing honor that you feel for the saints when by means of their icons the intellect is raised up to them.
It was in this spirit that Moses made icons of the Cherubim within the Holy of Holies (cf. Exod. 25:18). The Holy of Holies itself was an image of things supracelestial (cf. Exod. 25:40; Heb. 8:5), while the Holy Place was an image of the entire world. Moses called these things holy, not glorifying what is created, but thrown it glorifying God the Creator of the world. You must not, then, deify the icons of Christ and of the saints, but through them you should venerate Him who originally created us in His own image, and who subsequently consented in His ineffable compassion to assume the human image and to be circumscribed by it. You should venerate not only the icon of Christ, but also the similitude of His cross. For the cross is Christ’s great sign and trophy of victory over the devil and all his hostile hosts; for this reason they tremble and flee when they see the figuration of the cross. This figure, even prior to the crucifixion, was greatly glorified by the prophets and wrought great wonders; and when He who was hung upon it, our Lord Jesus Christ, comes again to judge the living and the dead, this His great and terrible sign will precede Him, full of power and glory (cf. Matt. 24:30). So glorify the cross now, so that you may boldly look upon it then and be glorified with it. And you should venerate icons of the saints, for the saints have been crucified with the Lord; and you should make the sign of the cross upon your person before doing so, bringing to mind their communion in the sufferings of Christ. In the same way you should venerate their holy shrines and any relic of their bones; for God’s grace is not sundered from these things, even as the divinity was not sundered from Christ’s venerable body at the time of His life-quickening death. By doing this and by glorifying those who glorified God – for through their actions they showed themselves to be perfect in their love for God – you too will be glorified together with them by God, and with David you will chant: ‘I have held Thy friends in high honor, O Lord’ (Ps. 159:17. LXX).
(A New Testament Decalogue, 2nd Commandment)
Posted by Tom Manakis at 1/21/2013 10:52:00 am No comments: Links to this post

St. Maximos the Confessor: from the Chapters on Knowledge 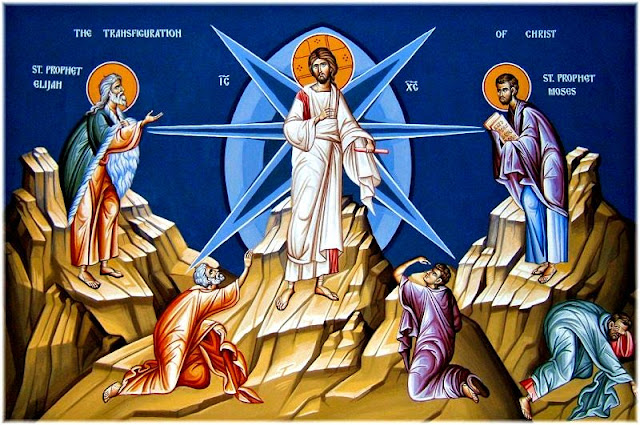 St. Maximos the Confessor: from the Chapters on Knowledge