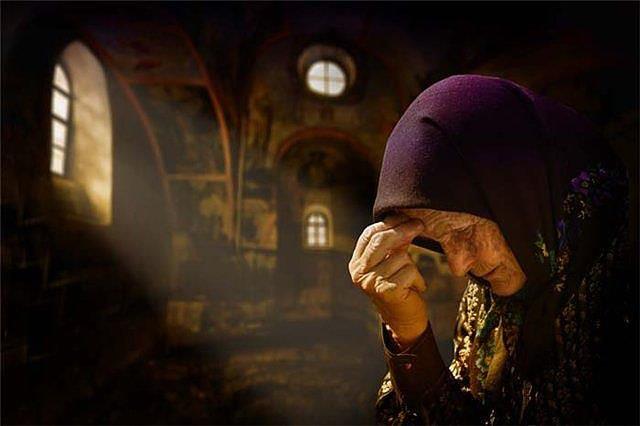 During ROCOR's annual Winter Pastoral Conference held on December 6-8th, Archimandrite Meletios Webber, Abbot of St. John of Shanghai Monastery in Manton, CA, gave a keynote address to the Eastern American Diocese on the topics of psychotherapy, addiction and hesychasm. For more informaton visit www.eadiocese.org
Posted by Tom Manakis at 10/21/2012 05:06:00 pm 1 comment: Links to this post

On March 24, 2012, a spiritually instructive discussion on leading a healthy Christian spiritual life was held with Diocesan youth by Archpriest John Moses (rector of All Saints of North America Church in Middlebrook, VA) Video produced by the Media Office of the Eastern American Diocese www.eadiocese.org
Posted by Tom Manakis at 10/21/2012 03:57:00 pm No comments: Links to this post 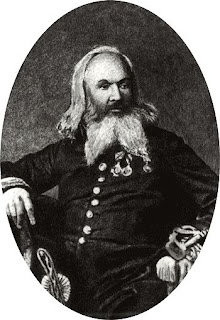 St. Silouan the Athonite-On the Saints and Their Intercessions 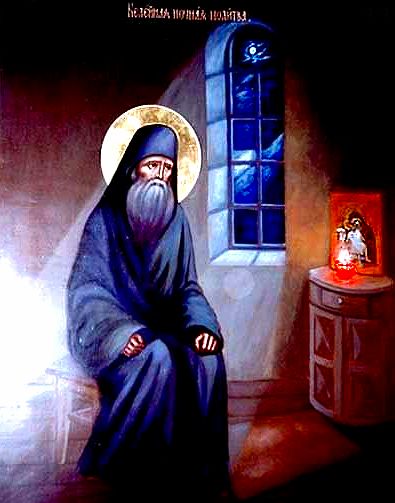 To many people the Saints seem far removed from us. But the Saints are far only from people who have distanced themselves – they are very close to them that keep Christ’s commandments and possess the grace of the Holy Spirit. In heaven all things live and move in the Holy Spirit. But this same Holy Spirit is on earth too. The Holy Spirit dwells in our Church; in the sacraments; in the Holy Scriptures; in the souls of the faithful. The Holy Spirit unites all men, and so the Saints are close to us; and when we pray to them they hear our prayers in the Holy Spirit, and our souls feel that they are praying for us.
The Saints live in another world, and there through the Holy Spirit they behold the glory of God and the beauty of the Lord’s countenance. But in the same Holy Spirit they see our lives, too, and our deeds. They know our sorrows and hear our ardent prayers. In their lives they learned of the love of God from the Holy Spirit; and he who knows love on earth takes it with him into eternal life in the Kingdom of Heaven, where love grows and becomes perfect. And if love makes one unable to forget a brother here, how much more do the Saints remember and pray for us!
The holy Saints have attained the Kingdom of Heaven, and there they look upon the glory of our Lord Jesus Christ; but by the Holy Spirit they see, too, the sufferings of men on earth. The Lord gave them such great grace that they embrace the whole world with their love. They see and know how we languish in affliction, how are hearts have withered within us, how despondency has fettered our souls; and they never cease to intercede for us with God.
The Saints rejoice when we repent, and grieve when men forsake God and become like brute beasts. They grieve to see people living on earth and not realizing that if they were to love one another, the world would know freedom from sin; and where sin is absent there is joy and gladness from the Holy Spirit, in such wise that on all sides everything looks pleasing, and the soul marvels that all is so well with her, and praises God.
Call with faith upon the Mother of God and the Saints, and pray to them. They hear our prayers and know even our inmost thoughts. And marvel not at this. Heaven and all the saints live by the Holy Spirit and in all the world there is naught hidden by the Holy Spirit. Once upon a time I did not understand how it was that the holy inhabitants of heaven could see our lives. But when the Mother of God brought my sins home to me I realized that they see us in the Holy Spirit, and know our entire lives.
The Saints hear our prayers and are possessed from God of the strength to help us. The whole Christian race knows this. Father Roman told me that when he was a boy he had to cross the river Don in the winter, and his horse fell through the ice and was just about to go under, dragging the sledge with it. He was a little boy at the time, and he cried at the top of his voice: ‘St.Nicholas, help me pull the horse out!’ And he tugged at the bridle and pulled the horse and sledge out from under the ice. And when Father Matthew, who came from my village, was a little boy he used to graze his father’s sheep, like the prophet David. He was no bigger than a sheep himself. His elder brother was working on the other side of a large field, and suddenly he saw a pack of wolves rushing at Misha – Father Matthew’s name in the world – and little Misha cried out, ‘St. Nicholas, help!’ and no sooner had the words left his lips than the wolves turned back and did no harm either to him or his flock. And for a long time after that the people of the village would smile and say, ‘Our Misha was terribly frightened by a pack of wolves but St. Nicholas rescued him!’
And we know of many an instance where the Saints come to our help the moment we call upon them. Thus it is evident that all heaven hears our prayers. 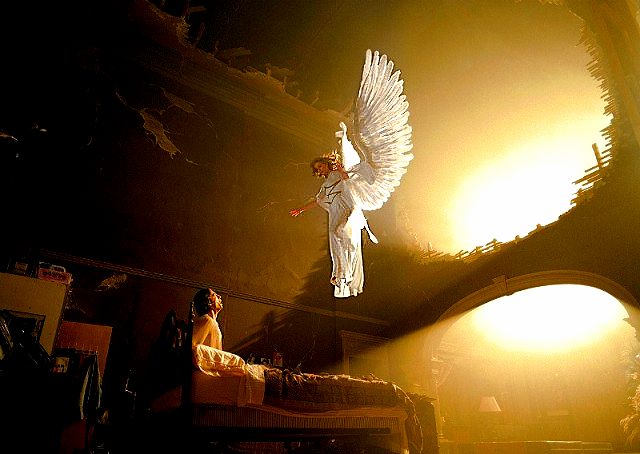 I saw in my dream, that I visited Paradise and an angel assumed my hospitality. We walked beside each other in a great hall full of angels. My angel guide stopped in front of the first work station and said. "Here is the receiving department. Here we receive all the requests that reach God in the form of prayers". I glanced around the place. It was busy with activity, with so many angels receiving and classifying huge stacks of notes from people around the world. We then proceeded through a long corridor till we reached the second station. My angel told me: "This is the packaging and delivery department. Here the graces and blessings that are requested are brought forward and delivered to those who requested them".
I noticed again how active it was here. Innumerable angels were going back and forth to  earth. Finally in the end of a long corridor, we stopped at the door of a very small station. To my great surprise only one angel was sitting there, doing basically nothing. "This is the department of the thank you's" whispered my angel, feeling a bit ashamed. "How is it possible? Is there no work here?" I asked. "It is sad" sighed the angel. "After  people receive their gifts, very few send their thank you's". "How can one thank God for the blessings received" I asked again. "Simply" he replied, "you only need to say, thank you my God". "And why exactly do we need to thank Him?"
"If you have food in your fridge, clothes on your back, a roof over your head and a place to sleep, you are richer than 75% of this world.
If you have money in the Bank, in your wallet and some coins on a plate, you are one of the 8% of the people who prosper.
If you wake up in the morning feeling healthier than others with sickness, you are more blessed than those who will not survive this day.
If you have not lived to experience the fear of war, the loneliness of prison, the struggle of torture and the piercing pangs of famine, you are ahead of 700 million people of this world.
If you can pray in a temple without fear of attack, of arrest and execution, some 3 billion people of this world will envy you.
If your parents are still alive and are still married, you are unique.
If you can hold your head high and smile, you are not the rule but the exception, for all those who live with doubt and exasperation.
And if you can read now this text, you received a double blessing because it was given by someone who loves you and because you are luckier than two billion people who do not know and cannot even read".
"I understand. And now what should I do? How can I start?" "Say good morning" my angel smiled, "and count your blessings and pass this message to other people to remind them how blessed they are".
"And don't forget to send your thank you".
Magazine "Tolmi" by Archimandrite Daniel Sapika, Doctor.
Posted by Tom Manakis at 10/21/2012 02:28:00 pm 1 comment: Links to this post 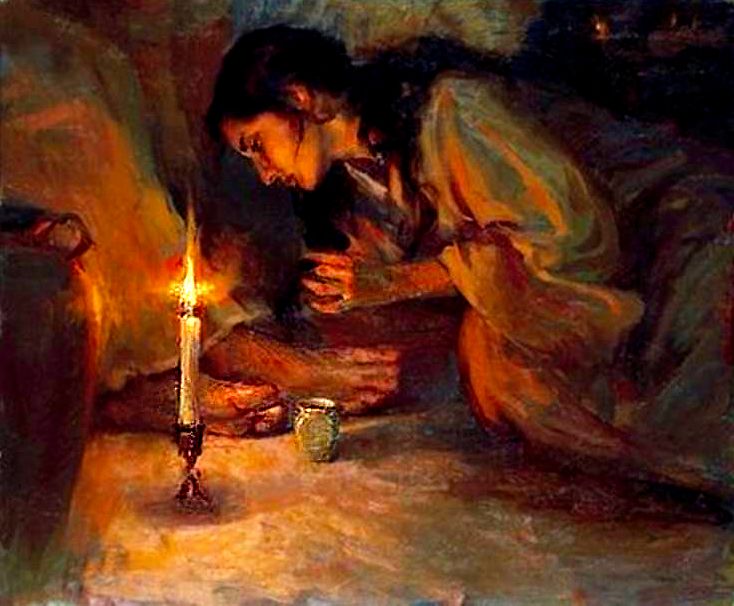