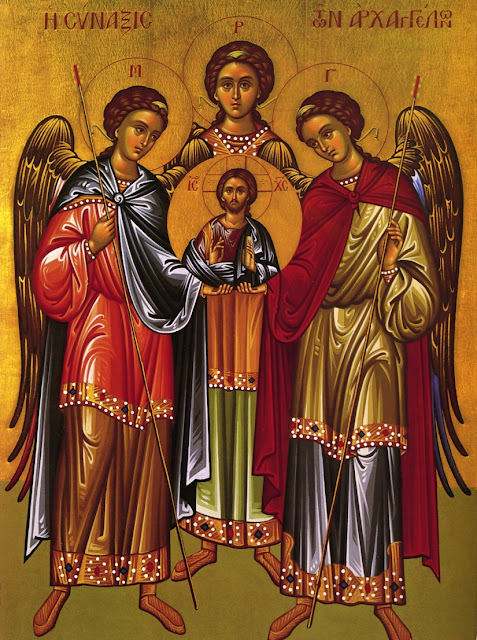 Olive Oil; A Miracle of the Theotokos.. 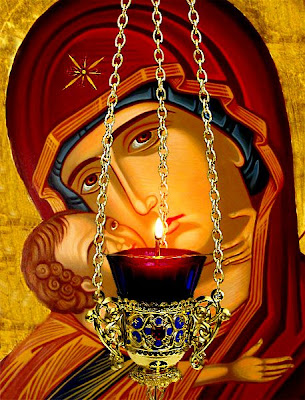 Taken from The book"Experiences during the Divine Liturgy
-Protopresbyter Stephanos K. Anagnostopoulos

The following is a true story that is directly connected to the vigil lamp...

On the 24th of March 1942,the eve of the annunciation,we were in the Northern part of Greece, in my hometown called Drama.
It was then under Bulgarian occupation.Deprivation,disease and famine had reached dreadful proportions and death was decimating both young and old,especially children,on a daily basis.
Amongst my relatives was a distant aunt who was a widow with five children.Her husband had been killed by the conquerors six months previously during the 29th of September 1941 massacre.

As far as food was concerned,there remained a very small amount of olive oil and a handful of corn flour.Hence,that evening she thought that the following day,that of the Annunciation,she had at least very little food for the children, one hundred grams of flour and very little oil.Suddenly,her eyes fell on the snuffed out vigil lamp which hanged in front of the icon stand.
At that point she was faced with a dilemma:Should the oil be given to the hungry children or remain in the icon stand with the icon of the Annunciation?

Nevertheless,with a sense of determination she made the sign of the Cross and told the All-Holy Mother of God:My All-Holy Mother!
I shall light the vigil lamp because the day which is breaking is of great significance to our faith;however,You take care and feed my children" She took the very little amount of oil and lit the oil-candle of the All-Holy One. Its joyous light illuminated the shabby home and her heart was filled with serenity.
This sense of serenity accompanied them in their nightly prayer,their sleep and throughout that unforgettable night.
The next day,after the Divine Liturgy,my aunt opened the kitchen cupboard in order to get the meager flour and she remained speechless.
What does she see?
The" oilcan" filled with oil all the way to the top,as well as two bagfuls of flour and spaghetti!

The woman made the sign of the Cross many times,praising and thanking God and the Theotokos for this great miracle,but did not say a word to anyone.

For two years the oil never emptied from the bottle nor did the flour,although the six-member family used it on a daily basis in order to exchange it with other types of food and for charity which was done in secrecy. However,the vigil lamp since then remained lit day and night,revealing the blessed woman's strong faith with its everlasting light.
Posted by Tom Manakis at 9/30/2012 02:24:00 pm No comments: Links to this post

Email ThisBlogThis!Share to TwitterShare to FacebookShare to Pinterest
Labels: θαύματα της Παναγίας-Miracles of The Theotokos

The following excerpt is from Elder Paisios of the Holy Mountain:
Father Paisios told us the following story, wishing to give us an example of the way God looks after His children, while many times we get angry at Him and do not understand His actions:

“An ascetic was praying to God asking Him to reveal why the righteous and pious people are miserable and suffer unjustly, whereas the unrighteous and sinful ones are rich and contented. While he was asking God to reveal to him this mystery, he heard a voice saying to him:

--Do not ask to comprehend what your mind and power of knowledge cannot grasp and do not examine the mysteries of God, as His judgments are like an endless ocean. However, since you wish to know, go out there in the world and watch carefully the people, and you will be able to understand a small part of God’s judgment. Then, you will know that God’s prudent governing is unexplored and inscrutable. 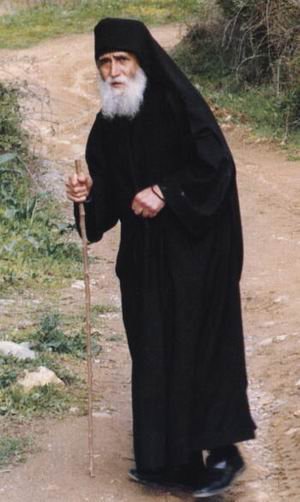 When the ascetic heard all this he left for the world. After walking for a while, he reached a meadow. There was a fountain nearby and an old tree with a large hollow. He hid inside the hollow, in order to watch the busy street passing by the meadow. After a while, a rich man passed by riding his horse. He stopped by the fountain to drink some water and rest. While he was sitting there, he took a purse out of his pocket containing one hundred golden coins, and started counting them. When he finished counting, he mistakenly left the purse on the grass instead of putting it in his pocket. After he ate, he rested and slept for a while, and then he took off without realizing that he had left his purse on the grass.

After some time, another passer-by appeared. He stopped by the fountain, and when he saw the purse with the golden coins, he took it and left running in the fields. A few minutes later, a third man came along. As he was tired, he too went by the fountain to drink some water and sat to eat a piece of bread. As this poor man was eating, the rich man came back to look for his purse. He had an extremely angry look on his face and went straight to him, shouting in rage and demanding his purse. The poor man, though, who had no idea about the purse and the golden coins, assured him that he had not seen it. Then, the rich man began beating him up so badly that he finally killed him. He searched through his clothes and found nothing. He felt feeling very sad.

The ascetic was watching the incident sitting inside the hollow and was astounded. He felt very sad and began to cry, feeling sorry for the unjust death of the poor man and prayed to God:

--Lord, what is the meaning of this will of Yours? Let me know how Your kindness can tolerate such an injustice. Someone lost the coins, another man found them, and a third man was unjustly murdered!

As he was praying and crying, an angel of the Lord appeared and told him:

--Do not feel sorry for the poor man, nor think that this incident is not the will of God. Bear in mind that some things occur, either because God permits them to, or in order to instruct people or because He causes them to happen for our benefit.

Now, listen: The man who lost the golden coins is the next door neighbor of the one who found them. He owned a farm worth one hundred golden coins. The rich man, who was an avaricious person, forced him to sell his farm to him for only fifty golden coins. The poor man, feeling helpless, prayed to God to punish his unjust neighbor on his behalf. And God rewarded him in double. The second man, the tired and poor one, who was unjustly killed, had once committed a murder. He had honestly repented and lived the rest of his life according to God’s will. He constantly prayed to God to forgive him and said to Him: ‘God, let me have the same kind of death as the one I gave.’ Of course, our Lord had forgiven him since the first time he expressed his repentance for his sinful act. However, He was moved by the sensitivity and righteous of this man, who not only tried to live according to His will, but also wished to pay back for his sinful act. So, God fulfilled his wish and gave him the chance to experience a violent death, - as he himself had asked for – and took him to heaven by His side, granting him a glorious laurel for his deep and responsive repentance!

The third man, the avaricious one, who lost the golden coins and committed the murder, had fallen into two sins, avarice and stinginess. God permitted a violent murder to be committed, so that he may experience pain, which in turn, would lead him to repentance. The sin of murder turned out to be the cause of his decision to leave the world and become a monk.

So, where and under what circumstances do you see that God was unjust, merciless and cruel? You should not examine God’s judgments, as He always makes them correctly and according to the way He knows, whereas you misjudge them and find them unjust. You should also know that many things happen with God’s will for reasons we do not know. Therefore, the right thing for us to say is: ‘Righteous art thou, O Lord, and right are thy judgments.’ (Ps 118:137)
Posted by Tom Manakis at 9/30/2012 01:13:00 pm No comments: Links to this post