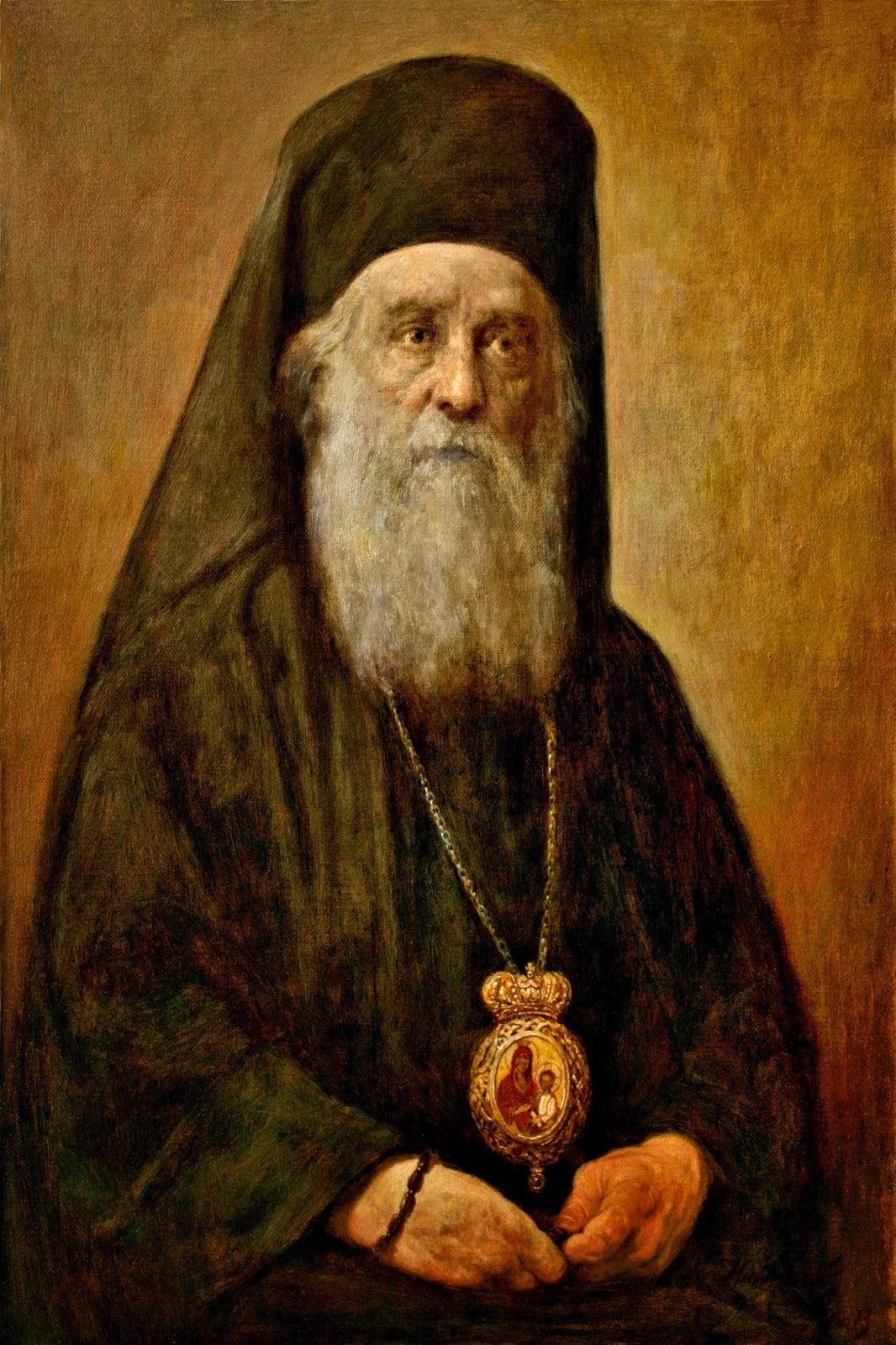 The eye of an unbeliever does not see anything else in creation but the forces of nature.  The brilliant icon of the Holy Creator and its marvelous beauty for him remain hidden and unknown to him.  His vision is out of focus in the immensity of creation.  He does not see the beauty of creation anywhere. He does not find the beauty of God’s wisdom.  He does not marvel at the great power of God.  He does not discover the goodness of God; divine providence, justice and the love of the Creator toward creation.  His mind cannot go beyond the physical world.  Neither can he go beyond the realm of his senses.  His heart remains insensitive before the image of divine wisdom and power.  Being like this does not give birth to any feelings of worship. His lips remain sealed. His mouth is motionless. His tongue is wearisome. Wearisome is his turmoil. His turmoil is pain and his pain is despair. All things until now that attracted his attention have lost their grace.  This is so because all the joys of life that he experienced are unable to make him happy.

As long as the heart of man has been created so that God can dwell in it, the ultimate joy of man revels and rejoices in this goodness because this is found only in God.  But from the heart of an unbeliever, God has departed.  The human heart has limitless yearnings since it was created to contain and seek out the unlimited. As long as the heart of the unbeliever is no longer filled with the infinite God, everything around him groans with despair. He seeks and desires after things but nothing satisfies him.  And this is so because all the pleasures of life are powerless to fulfill the emptiness of the human heart.

When the true pleasures and activities of the world are turned off, the heart is left with a feeling of bitterness.  The vain glories of the world are turned into grief.  The unbeliever ignores that the happiness of man is not found by indulging in worldly pleasures but are found in the love of God, which is infinite and eternal good.  It is here where we find the misfortune of those who ignore God.  He who denies God is like that person who denies his happiness and its unending blessedness.  The unfortunate one struggles with the toilsome battles of life without the presence of God.

And so, in despair and fear nestled in his heart, the unbeliever walks to his already opened grave.  The miraculous work that unfolds before his eyes is played out on the world stage and is directed by divine wisdom, grace and power. All these things pass by him  completely unnoticed. These things play a principal role in ones’ life with the assistance of harmony and divine goodness. Although the sweet water of the river of joy and happiness flows by his feet, he is unable in his disbelief to quench the dryness of his tongue. It is a thirst that burns him because the running water from the gurgling well is unshaken because his voice cannot be heard coming out of his chest, singing praises; glorifying and thanking God.

The joy that is unfurled in the universe has forsaken the heart of the unbeliever because God has distanced Himself from it.  The emptiness has been filled with sorrow. It remains obstinate because of the absence of a desire to seek the spiritual has overwhelmed his soul.  He is misled in this dark night without any light, a night where no beam of light enlightens his darkened avenues.  There is no one to direct and guide his steps. In the race of life he is alone.  He navigates life without the hope of a better life.  He walks among many traps and there is no one to free him from them. He falls into these traps and is burdened by the weight of them.  There is no one to relieve him of his sorrow.

The feeling of thanksgiving and favor that comes from love is a great mystery to the unbeliever.  The disbeliever who places material things first has limited true happiness for himself in a very limited circle of fleeting enjoyment.  This is so because he is always attempting to satisfy himself with material things.  The desire for virtue is for him completely foreign.  He has not tasted the sweetness of this grace. The disbeliever has overlooked that which is the source of true joy and he is rushing without realizing it, toward the source of bitterness.  Indulgence filled his worldly desires and in fulfilling them has only brought him nothing but emptiness.  This emptiness brought faith but then slipped away and fell from  his lips.

Oh, unfortunate slave of a difficult tyrant!  How did they steal the joy of life from you?  How did they rip away from you this profound treasure?  You lost your faith. You denied your God. You denied His revelation to you and then you threw away the bountiful gift of divine grace.  How unfortunate is the life of such a person!  This life is filled with a whole host of troubles for the unbeliever because the delight of life has lost its flavor before his very eyes.  Nature around him appears sterile and infertile because it does not fill him with any sense of joy and delight. He does not rejoice in any of the creations of God.  A veil of grief envelopes all of nature and it no longer attracts a sense of fascination for him. His life has become an impossible burden and with the passing of time appears to him to be an unbearable hardship.

This is why despair appears before him like an executioner and terrible torturer.  It terrorizes the unfortunate man.  His courage has already abandoned him. His resistance is weakened and his moral moorings have since been corrupted by lack of faith.  He appears like a man who is motivated completely by something else, that is disbelief.  He has surrendered his life to the fearful shackles of despair which are devoid of mercy and sympathy.  The thread of his life is forcefully and cruelly cut off from the gifts of God and is hurled to the depths of perdition, to the darkness of hell from where he can only be saved when he is called by the voice of his Divine Creator.  This is the Creator that he has denied all his life and now he must give account for his disbelief.  Then he will be judged and will be sent to the eternal fire.