AN EXEGESIS ON WOMEN’S HEAD COVERINGS 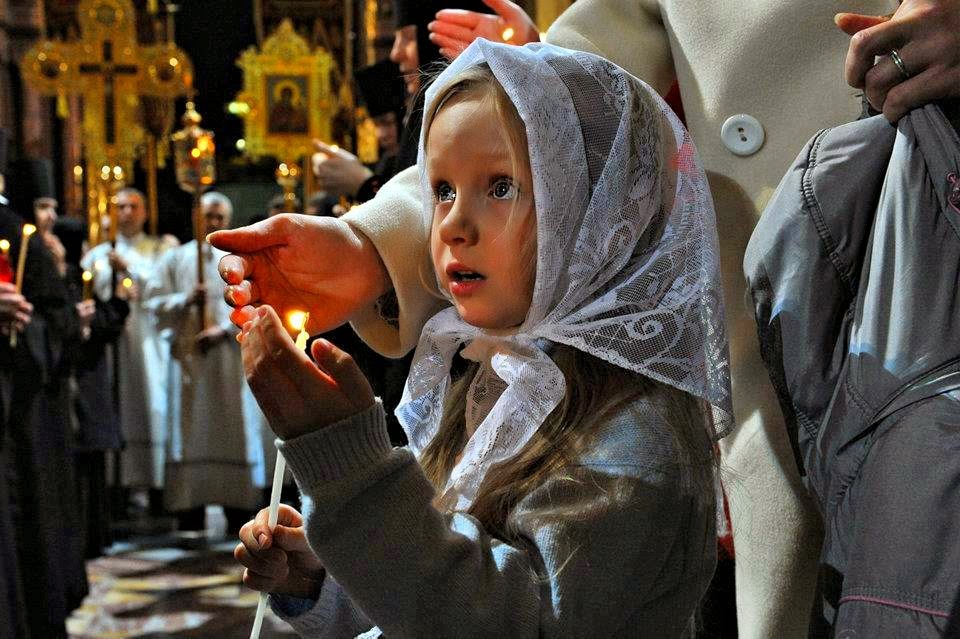 Head coverings in the Old Testament

Centuries before the birth of Christ, women’s head coverings were an accepted practice for God’s people.  It was not merely an option for those who wished to be holy.  Rather, it was a matter-of-fact expectation that all women would cover their heads.  When the Holy Spirit inspired Moses to pen the first five books of Scripture, women’s head coverings were simply assumed to be the normal practice. In the Book of Numbers, when a unique ceremony is performed that requires an uncovered head, Scripture makes a point to say that the woman’s head covering needs to be removed: “the priest shall stand the woman before the Lord, uncover the woman’s head, and put the offering for remembering in her hands.” (Numbers 5:18) Of course, such a requirement would make little sense, if women did not normally keep their head covered.  Even earlier than this, in the Book of Genesis, we read about Rebecca, on a journey to meet her future husband Isaac: “Then Rebecca lifted her eyes, and when she saw Isaac she dismounted from her camel; for she had said to their servant, ‘who is this man walking in the field to meet us?’ The servant, ‘it is my master.’ So she took a veil and covered herself.” (Genesis 24:64-65).

Her godly discretion is a model for women today.  She did not flaunt her physical beauty. Rather, she veiled herself, increasing her allure through an outward display of modesty.  Women’s head coverings can also be found in the story of Susanna.  It is the captivating story of a beautiful, virtuous woman who was falsely accused, and later vindicated by the wisdom of young Daniel.  Susanna wore a veil that covered not only her head, but her face as well.  Scripture looks disapprovingly upon the removal of her veil. “Now Susanna was exceedingly delicate and beautiful to behold but those wicked men commanded that her face should be uncovered, (for she was covered,) that so at least they might be satisfied with her beauty.  Therefore her friends and all her acquaintances wept.  (The story of Susanna/Daniel 13:31-33).  In this passage of Scripture, virtuous people approve of women head coverings and veils, while ungodly men seek their removal.

Head coverings in the New Testament

Women’s head coverings are one of the many points of similarity between Israel and the Church. Godly women had covered their head for thousands of years prior to the advent of Christ. And when the New Testament Church was born, godly women continued the practice.  In St. Paul’s first epistle to the Church in Corinth, he instructs everyone to follow the holy traditions which have been received: “Now, I praise you, brethren, that you remember me in all things and keep the traditions just as I delivered them to you.” (1 Cor. 11:2).  Women’s head coverings are one of the holy traditions which the Church had received, and St. Paul spends the next several paragraphs discussing them.  He says that head coverings manifest honor, in the context of worship:

1.   Every man praying or prophesying, having his head  covered, dishonors his head. (1 Cor. 11:4).
2.   Every woman who prays or prophesies with her head uncovered dishonors her head. (1 Cor. 11:5).
The message is pretty clear:  It is honorable for a woman to wear head coverings during worship, but it is dishonorable for men to wear them.  This is why men remove their hats for prayer, even to this day.  Not content to make his point only once, St. Paul reiterates himself a few verses later.  Women are to cover their heads, and men are not to do so:

1.   A man indeed ought not to cover his head, since he is the image and glory of god; but woman is the glory of man.
(1 Cor. 11:7).
2.   The woman ought to have a symbol of authority on her head, because of the angels. (1 Cor. 11:10).
The Old Testament reveals that this holy tradition is ancient, but it only begins to hint at the reasons.

Head coverings according to the Early Church Father

St. John Chrysostom (407 A.D), in a sermon at the Feast of the Ascension, spoke both of angels and the veiling of women:  “The angels are present here.  Open the eyes of faith and look upon this sight.  For if the very air is filled with angels, how much more so in the Church!  Hear the Apostle teaching this, when he bids the women to cover their heads with a veil because of the presence of the angels.”

Origen, another prominent teacher of the early Church said: “There are angels in the midst of our assembly.  We have here a twofold Church, one of men, the other of angels.  And since there are angels present, women, when they pray, are ordered to have a covering upon their head because of those angels.  They assist the saints and rejoice in the Church.”  The Apostolic Tradition was written in the second century, and the author is believed to be St. Hippo of Rome.  This book has instructions for catechumens, including this:  “And let all women have their heads covered with an opaque cloth.”
And St. Cyril of Alexandria, commenting on First Corinthians says: “The angels find it extremely hard to bear if this law that women cover their heads is disregarded.”

Head coverings in the Icons

Icons in the Orthodox Church are a visual guide to the Faith, a short picture book of Christianity. Icons teach us about the life, death, and resurrection of Christ, and about the lives of many Christians who have gone before us.  Icons also teach us about head coverings.  Virtually every icon of an Orthodox woman displays her wearing a head covering. As far as I know, the only exception is St. Mary of Egypt, and she was a solitary saint who lived alone in the desert, far away from any people. Among the female saints who participated in society, all of them wore head coverings, and their head coverings are shown in the icons.  Even Mary the Mother of God, the most blessed woman in the entire universe is shown in icons wearing a head covering.  Can you think of a better role-model for women?

In our Church, all women and girls are asked to wear head coverings, in obedience to God’s command in Scripture, and out of respect for the holy traditions of the Orthodox Church.  Just inside the front door of the Church, we keep a basket of head coverings, just in case a woman forgets hers at home and needs to borrow one for the day.  Head coverings are also worn at home during family prayer time.  While honoring God’s direction is a reward unto itself, there are many other benefits as well. For example:  Head coverings manifest a woman’s honor.  As St. Paul points out in Scripture, a woman brings honor to herself by covering her head during prayer.

Head coverings encourage humility.
Godly women come to church to focus on worship, not to draw attention to themselves.  A girl may be tempted to show off an attractive hairdo. When a woman wears a head covering, this temptation is removed.  She can focus on prayer, instead of on hair.
Head coverings save time.  In today’s culture, it can be tempting to spend a lot of time and energy on hairstyles.  But head coverings are quick and easy.  It takes a lot less time to put on a head covering that it does to prepare a hairdo for display.

Head coverings help us show love and consideration for our brothers.  Godly men come to Church to focus on worship.  But the flowing locks of beautiful women can be distracting.  By veiling her hair, a woman can display her modesty, and remove an unnecessary distraction.  A mainstream theological journal recently published an article about women’s’ head coverings.  Soon after, the author of the article became a member of the Orthodox Church in the article; she beautifully illustrates the iconic purpose of head coverings:
“My wearing a head covering is not only a symbol or sign that I am in agreement with His order, but that I visibly, willingly submit to it.  With submission comes blessing.” Christa Conrad.

In an issue of The Handmaiden, a lady name Elizabeth gives her testimony about wearing head coverings: “For twelve years I have worn a scarf at all times.  I now perceive that it has been and continues to be essential for the pilgrim journey and salvation of my soul. The bottom line for me and a growing number of my sisters remains obedience.  And with it comes a sense of being in our rightful place in God’s ordered universe, rejoicing with the angels.  Now I gratefully say, I am in the presence of the great I AM, at prayer and in Church, surrounded by the angelic host, worshipping our Lord and King.  To God, Father, Son and Holy Spirit, be the glory, now and ever and unto ages of ages. Amen. 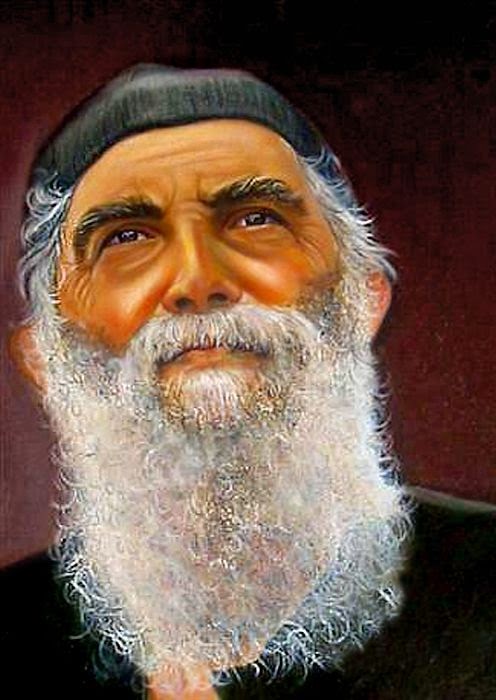 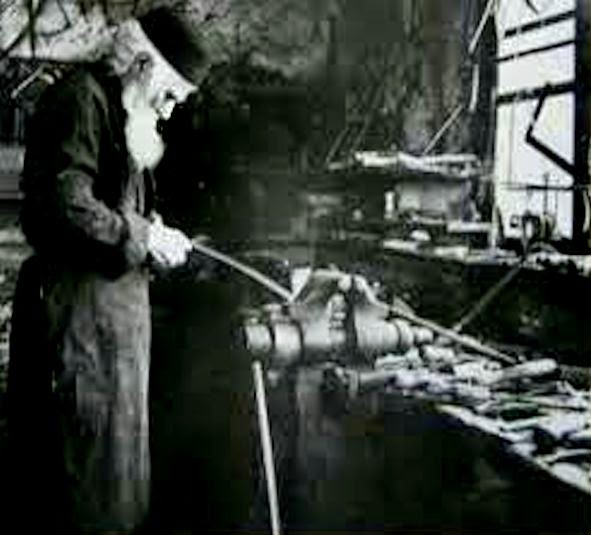