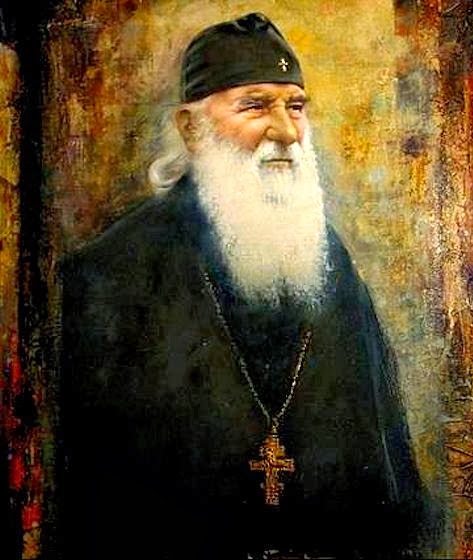 On Praying Before Eating 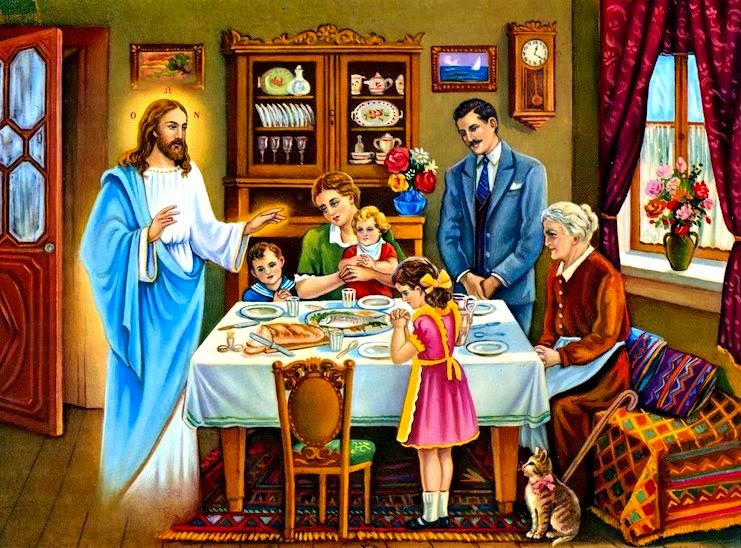 The Holy Gospel tells us the story of the Lord Jesus Christ’s miraculous feeding of a multitude of people in the desert. Five thousand men, not counting women and children! This means that approximately 10,000 people were listening to the Saviour’s words about the Heavenly Kingdom, were listening throughout the entire day, and were so delighted at being nourished with this spiritual food, that they forgot about the physical food required by the body. Perhaps they themselves would have continued forgetting about this need for a long while yet, if it were not for the disciples, who reminded the Saviour about it. “Give ye them to eat,” said the Saviour, as though predicting that all who sincerely believe in Christ – the Son of God – would be able to perform miracles. Among all the people only five loaves of bread and two fish were found; the Saviour ordered the food to be brought to Him and, looking up to heaven and blessing the food, He broke up the loaves and the fish and distributed them to all the people. And – o wonder! – all the people ate, and were full, and there were even leftovers, as though to confirm that all this did not take place in their imagination, but had really happened.

The instructive aspect of Christ’s miracle lies in the way that Jesus Christ went about feeding the multitude. “He looked up to heaven and blessed,” – the Evangelist tells us. Thus, turning to the Heavenly Father, glorifying Him, in sum – praying: that is what preceded the blessed feeding. Following this example we, Christians, also have the pious custom of praying to God before eating. Is it not precious to us that this good custom was sanctified by the example of Jesus Christ Himself? However, many in our modern times have begun to turn away from this custom that had been sanctified by God. “Why should we have to do it?” – they ask.


In truth, why should we pray before eating and drinking?


The food that we eat is a gift from our Heavenly Father, Who gives it to us every day without any merit on our part, but simply out of His mercy. The labors of the farmers who grow products that give us different forms of bread would not have been successful, had not the Lord sometimes sent rain onto their fields, and at other times the warmth of the sun.


Every day we pray at the great litany: “…for seasonable weather, for abundance of the fruits of the earth…”, i.e. for the air to be well-admixed, since, as we know, the air comprises many components or elements which in themselves are unsuitable for breathing, but the mixture of these elements is constantly combined in the right proportion, which occurs without our help and only on the surface of the earth that is inhabited by people. But what would happen if this admixture ceased occurring “by itself,” as many people think it does, and these gaseous elements did not admix, or admixed in space?


And would we ourselves ever amount to anything, if the Lord had not given one of us good qualities of the heart, and another one good physical health, and a third one the means to acquire an education, and the fourth one kind benefactors, etc.? Thus, everything is from God! This means that no matter whether we eat our own bread or someone else’s bread, each one of us should pray before meals.


Whoever does not pray automatically or negligently, but with due attention and piety, by means of his prayer attains God’s blessing upon his food and after-wards partakes of it with benefit for his health. Prayer makes food not only nourishing, but also tasty. With prayer even the simplest meal becomes more delicious than the luxurious dishes of rich and promiscuous people.


Saint Theodosius, abbot of the Kievan Caves monastery, had the habit of inviting all those who came to him after the Divine liturgy and sermon, and offering them monastery food – bread and oil – in the refectory. The saintly Kievan prince Iz’yaslav often partook of such food too. Once in the course of such a meal he asked the righteous abbot: “What do you think this means, holy father? My home is full of all possible earthly bounties, yet never have I eaten food as tasty as the one served here, and although my servants prepare various exquisite dishes, all of them are not even a bit as delicious as yours.” St.Theodosius replied: “If you wish to know, my lord, listen and I will tell you: when our monastics wish to cook or bake something, they follow a certain code: everything is done with prayer and the abbot’s blessing. Before going into the kitchen, the cook asks the abbot for his blessing, and afterwards goes into the church, makes three prostrations before the altar, and then takes fire from the church. Before pouring water for the cooking, the brother asks his elder to bless him and then pours the water with prayer And thus the entire affair is conducted with God’s blessing and prayer, while your servants, I think, argue and quarrel while they work, their supervisors beat them, and in this case the entire affair is conducted sinfully. It is for this reason that the food is not tasty.”


Dear brothers and sisters! Let us not follow the example of those who do not pray when sitting down at the table. Such people are not fit to be our instructors. Whoever remembers and loves God, or at least respects Him, cannot forget Him while using His gifts.


Let us keep in mind the instruction of St. Theodosius, that food given by God and sanctified by prayer is better and healthier than all other food. After praying to God before a meal or at the table, let us remain in a prayerful attitude, thinking of Christ’s unseen presence among us. For this reason it is more decent to avoid loud laughter and idle talk, unsuitable stories and jokes, remembering that in other places food is even taken in silence. Our pious ancestors had the good custom of having religious books read during the meal, which everyone can try to do whenever possible. In this manner we will always and in every place nourish the fear of God within us, and then whatever we do – be it eating, drinking, or anything else – according to the words of the apostle, we will be doing it for the glory of God. Amen. 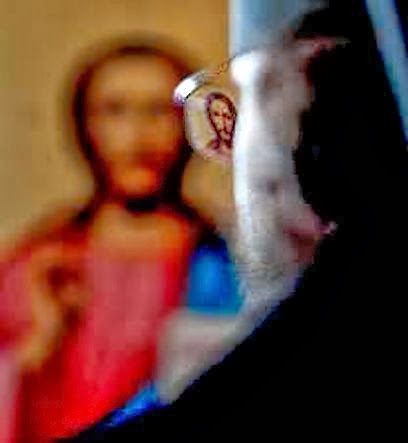