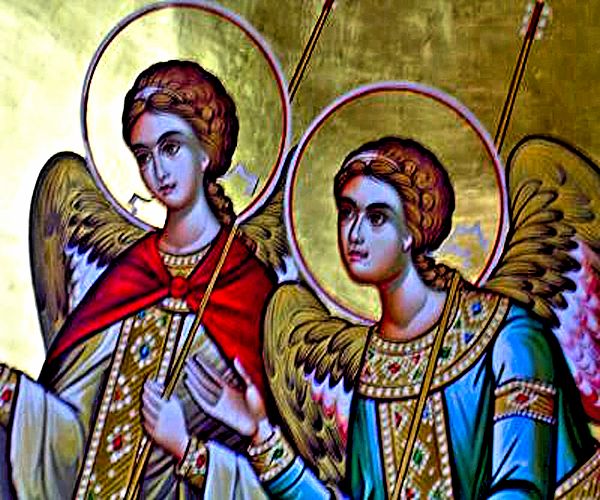 The heavenly host and our modern life 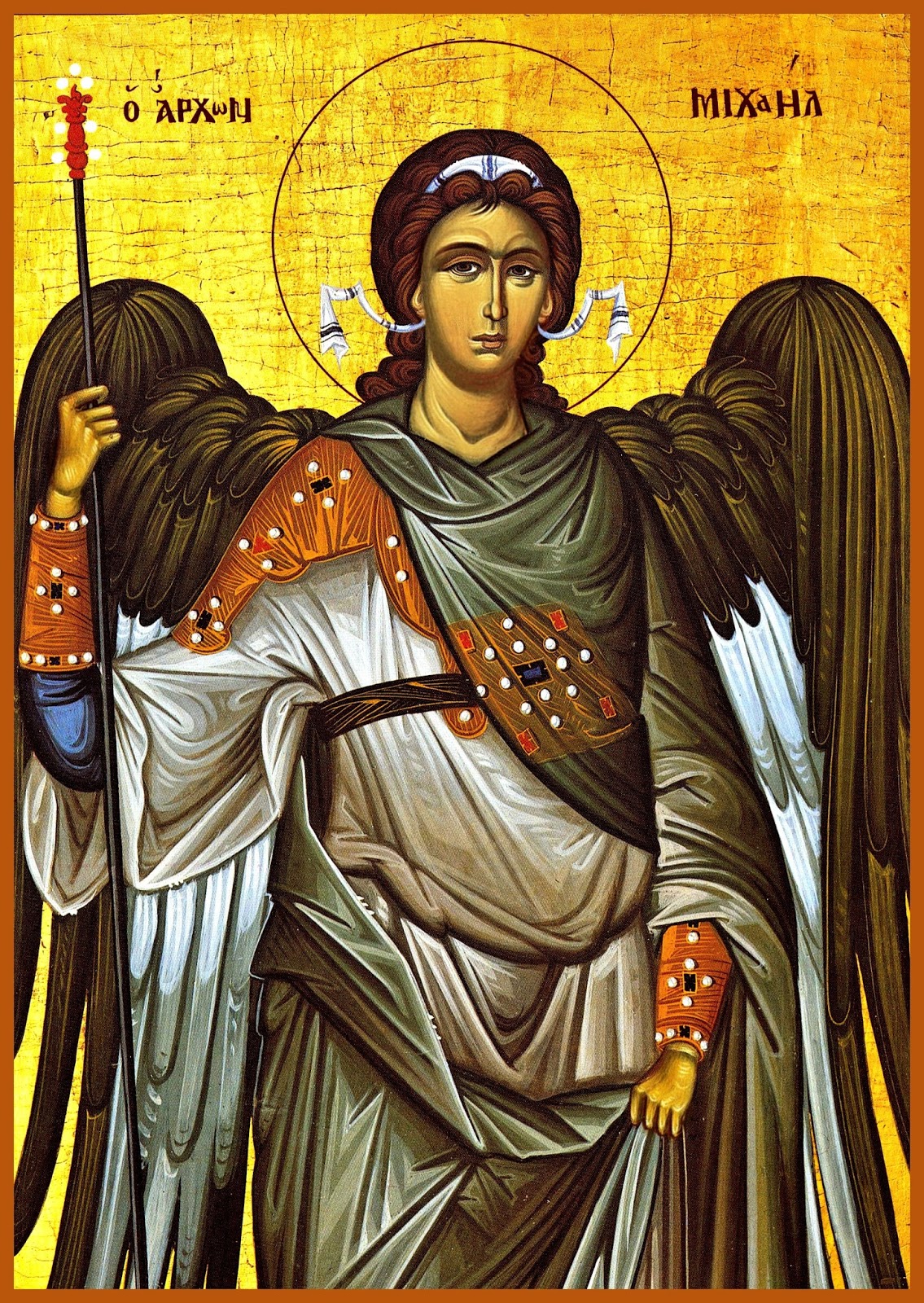 
On November 8/21 the Orthodox Church celebrates the feast of the holy Archangel Michael and the entire Heavenly Host. This celebration has great significance not only for Orthodox Christians, but for all of mankind. How is that?


First of all, this celebration teaches us how to view correctly the question of equality and inequality. Mankind, especially from the beginning of the 20th century, is fervently searching for a certain equality which supposedly may be established on earth. Russia has become the primary victim of this idea, followed by other countries. The promised equality has never been established, of course, but traditional forms of government have been destroyed. Orthodox monarchy, which was the last mighty bulwark of universal Orthodoxy, was destroyed in Russia, and countless victims were sacrificed on the bloody altar of imaginary equality.

How does this tie in with the feast of the Heavenly Host? Very directly. If mankind were less attracted to transient earthly ideas, but instead, gazed upward more often, it would notice that even in heaven, among the holy angels, there does not exist the senseless equality over which the godless rave so madly. In the world of the angels, as everywhere in God’s creation, there exists a definite hierarchy established by God. This hierarchical subordination and this blessed inequality cement the entire structure. If they were taken out, the structure would collapse.

In the case of the angels, such a partial destruction of their heavenly aseembly occurred after the insurrection provoked by the highest and most powerful angel, Lucifer, who from that time on became the father of all those fighters for equality who actually fight against God.


If Lucifer had not fallen, then the Church would probably have established a feast in his honor, as it did in honor of the holy Archangel Michael. But Lucifer did not wish to subordinate himself to God. He dreamed of becoming equal to Him and lured away part of the angels to follow him in his struggle against God. Thus the brightest angel became the blackest devil - Satan.


Against Satan’s army there arose the Archangel Michael, one of the highest angels who had remained faithful to the Creator. Going into battle at the head of the bright angels, the Archangel cried out: “Who else but God?” - thereby denouncing proud Satan and all the godless of the future.

The angels of God vanquished the dark forces of the first rebels, and Satan, together with the other demons, fell like lightning into the netherworld.


From that time the Archangel Michael became the head of the entire heavenly host. For his zeal in working for God he is honored by the Church even to this day.


However, the demonic forces continue their battle against the followers of Christ. God allows this, in order for us to be able to exhibit spiritual steadfastness and fealty to the Trinity.


We are surrounded by danger everywhere. But in this daily and hourly struggle we are provided by God with great defenders and helpers - the holy angels, headed by the seven highest archangels; their names are Michael, Gabriel, Raphael, Uriel, Salaphiel, Jegudiel, Barachiel.

We have already spoken of the Archangel Michael. Archangel Gabriel has been entrusted with the service of being messenger to mankind. He came with the Lord’s tidings of forthcoming miraculous events to the parents of St. John the Baptist, to the parents of the Holy Virgin Mary, and also to the Mother of God Herself and to the righteous Joseph. Archangel Gabriel is the messenger of God’s Providence, the attendant of miracles and divine Mysteries. When we are overcome with doubts, when it seems to us that we have been abandoned by everyone and there is no help from anywhere, let us pray to Archangel Gabriel, that by his prayers the Lord would reveal to us His most holy will and would set our life upon the course of salvation.

Archangel Raphael is a merciful healer, sent by God to comfort the sick and the sorrowing. From the Holy Scripture we know that Archangel Raphael expelled demons from a woman. And how many people there are nowadays who are possessed by demons…. Alas, both they and their relatives often turn for help to sorcerers who nowadays hide behind the pseudo-scientific name of “extrasensorics.” But will sorcerers, these servants of the devil, expel demons? Obviously not. The power to expel demons and heal those who are possessed by them belongs to the holy angels and particularly to Archangel Raphael. Let us ask him to intercede for us before the Lord, Giver of all good things.

The name of Archangel Uriel means the light or the fire of God. This archangel enlightens the minds and the hearts of the faithful with the light of divine truths and the fire of divine love. All those who embark upon the study of knowledge can and should pray to this archangel to enlighten their minds and hearts, in order to avoid a destructive chasm between knowledge and faith.


Archangel Salaphiel is the patron of prayer. He is even depicted so on icons: with eyes gazing downward, with hands crossed on his chest, with an air of humility and deep inner concentration. He is our primary teacher of prayer. Prayer is the most difficult thing to achieve, and one must be instructed in it. Unfortunately, some people assiduously study various worldly subjects, but disdain the study of the most important subject in the world - the Jesus prayer. Let us pray to Archangel Salaphiel for the Lord to grant us this gift of divine prayer.

Archangel Jegudiel is the patron, defender and helper of all those who toil. And we must all be such, for we have been commanded to eat our bread in the sweat of our faces. We toil not only physically, to earn our daily bread, but also spiritually, in order to perfect ourselves. Archangel Jegudiel is depicted on icons with a crown of victory in his hands. Such crowns will be earned by those of us who will endure to the very end, who will worthily bear the light yoke of Christ. We are faced with a complex task, so let us ask Archangel Jegudiel for help in our daily lives.


In celebrating the feast of the angelic Host, let us not forget the most important thing, - and that is the faithfulness to God exhibited by the holy angels together with Archangel Michael. May the Lord help us, too, be ready to sacrifice ourselves for Christ.


Following the example of the angels’ fealty, let us also remain faithful to true Orthodoxy. And nowadays this is more important than ever before, because Orthodoxy is attacked from all sides by the adherents of other religions and by the unfaithful, who demand that very same infamous equality, this time among all religions. We can never agree to such an equalization of Orthodoxy with religions which have distorted the true worship of God, because we know that there is no salvation outside of Orthodoxy. Let us appreciate our Orthodox faith, which teaches us true knowledge and true worship of God, for which, eons ago, the archangel of God Michael and his entire heavenly host battled in the heavens.