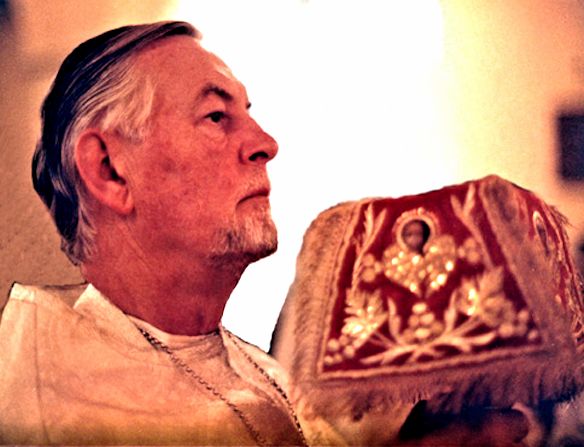 The liturgical rules of the Orthodox Church prescribe that the Divine Liturgy is to be celebrated after Vespers on certain fast days. These days are: Thursday and Saturday of the Holy Week, the eves of Christmas and Theophany and the Feast of the Annunciation. Likewise the Liturgy of the Presanctified Gifts is always celebrated after Vespers. If we bear in mind that our Typikon determines the time for Vespers according to the sun and not by the clock, then the prescribed time for these evening Liturgies should be approximately from two to five in the afternoon.


It is well known that these rubrics have become dead letter today, or rather they are preserved in form, but in such a way that the Liturgy is not transferred to the evening, but on the contrary, Vespers is served in the morning. This breach of rule should not be explained as a mere condescension of the Church to the "weakness of the flesh," as a desire to curtail the period of abstinence for the communicants, for we can observe this same practice where the rubrics are scrupulously respected and where no attempt is made to defer to human weakness. In this case, we are forced to deal with the belief, deeply rooted in contemporary ecclesiastical consciousness, that the Divine Liturgy must always be celebrated in the morning. Its vesperal celebration would appear to be an unheard of innovation to the overwhelming majority of Orthodox people, something much more unnatural and irregular than the well-established practice of serving Vespers in the morning and Matins in the evening.

It is obvious however, that in uniting the Liturgy with Vespers, the authors of the Typikon intended more than a purely formal connection between the two services. They meant a deliberate transfer of the Liturgy to the evening, a conscious change in the usual order of services. Again it is obvious that in not fulfilling the rule, or in fulfilling it only as a formality (i.e., in transferring Vespers to the morning) we commit a twofold infraction of the liturgical "typos"; we serve an evening service in the morning which besides being a "nominalization" of prayer, is a contradiction to the common sense, and moreover, we completely ignore the reasons which promoted the Church to order the celebration of the Liturgy on certain days in the evening and not in the morning. But perhaps if we investigate these reasons, we will see in them something more meaningful than a mere detail of rubrics, something forgotten yet essential for the comprehension of our liturgical tradition.