LOVE FOR WORK-From “Family Life, ” by Elder Paisios the Athonite. 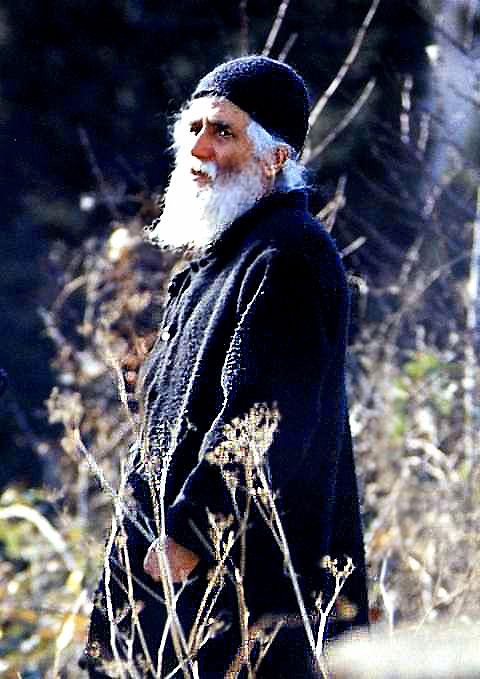 From “Family Life, ” by Elder Paisios the Athonite, published by the Sacred Hesychastirion of St. John the Evangelist, Souroti, Greece.

Geronda, why do so many people feel bored at work?


—Maybe they don’t love their job? Or, maybe they work on the same thing continually? With some jobs, say at a factory where they make door and window frames, a laborer might do the same thing from morning till the time he leaves: glue, glue, glue. Another constantly handles windows; another, putty. They constantly do the same monotonous work; and their boss is always watching them, not for just one or two days, either. It is always the “same old, same old,” to the point of boredom. In the old days it wasn’t like that though. A contractor would be given four walls from the carpenters and was expected to present the owner with a finished house and the key. He would have built the floors, the door and window frames, and would even have set the windows with putty. Afterwards he would have built spiral staircases, turned banisters; after that he would have painted, built the cupboards and the shelves, even the furniture! Even if he didn’t do all of it himself, he knew how to do it. In a pinch a contractor could even put the tiles on the roof.


Today so many people are tormented because they don’t love their jobs.


They eagerly await the hour when they can go home. But when one has zeal for his job and is interested in what he is doing, no matter how much he works, his zeal grows. He is devoted to his job; and when it is time to leave he says, “Where did the time go?” He even forgets to eat and sleep; he forgets everything! Fasting like this, he isn’t hungry; sleepless, he isn’t tired, but instead rejoices that he doesn’t need sleep. It’s not that he suffers from hunger or lack of sleep; it’s that work is like a feast day for him.


Geronda, how is it that when two people have the same job, one can be spiritually profited from it while the other is spiritually harmed?


—It depends on how each one does his work and what is within him. If one works with humility and love, everything is bright, clean, and delightful, and he will feel refreshed. But if one allows prideful thoughts and thinks that he does his work better than others, he may feel a certain satisfaction, but this satisfaction doesn’t fill his heart because his soul is not growing; he has no rest.


When a person doesn’t do his work with love he grows tired. For such a one merely knowing he must climb a hill to finish a job makes him tired, because he doesn’t love his work. The one who does his job with all his heart, however, goes up and down the hill without even realizing it. A worker could dig in the sun, for example, and not get tired, as long as he does it from his heart. But if he doesn’t do it from his heart, he is always stopping, loafing around and complaining. “Oh, it is so hot,” he says, and so he suffers.


Geronda, can a person become so absorbed with his career, his job, that he becomes indifferent or inconsiderate towards his family, etc.?


—He should love his job simply; he shouldn’t “fall in love” with it. If he doesn’t love his work, he will tire out doubly, both bodily and spiritually. Then even his bodily rest won’t relax him because he will be spiritually  exhausted. Spiritual exhaustion is something that overwhelms a man. When someone works with all his heart and is joyful, he is spiritually relaxed and his bodily exhaustion disappears.
You see, I know a general who still does all the jobs of his privates. How he worries about them! Like a father! Do you know what joy he feels?! Those under him also rejoice. Once he set out at midnight from Evro, headed to Larisa for the feast of Saint Achillius. He wanted to make it in time for Divine Liturgy, even though it would have been fine for him simply to go later, and be there only for the Doxology service afterwards. But he said, “I must be on time to honor the Saint.” He does everything with all his heart! The gratification felt in one who does his work with filotimo is a good gratification. It was given by God so that His creature would not tire out. This is true rest from weariness.


Geronda, how about our God-given, individual talent?


—Each person should increase the talent he has; for God, having given it him, expects a return. For example, the mind is powerful, but depending upon how one uses it, can be used for good or evil. Someone who is very bright—-if he uses his mind properly—is able to invent things which may help the world. But if he doesn’t use his mind properly he might invent a way, let’s say, to rob his neighbor. People who draw cartoons in newspapers and the like are able, in only one cartoon—one sketch—to present their whole message. And if the cartoon is dealing with ecclesiastical issues and such, they are even able to present theology sufficiently. Some of them could have delved deeper into divine teachings if they would have studied theology—had they put their mind to it. That is, they could have sharpened their mind; they could have sanctified it, and thus would have helped themselves and others. But instead, many do negative work; obscene if they are obscene, ridiculous if they are ridiculous.