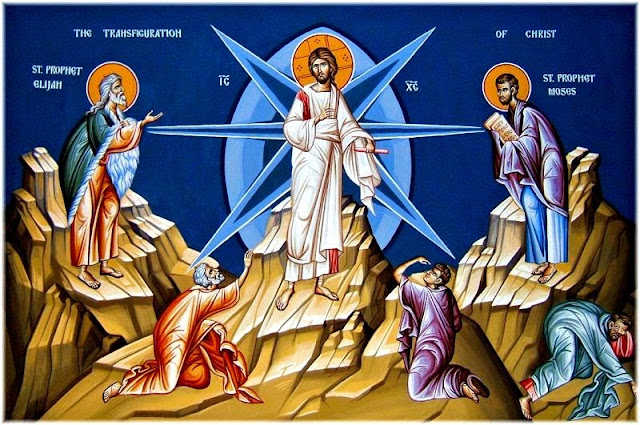 The icon of the Transfiguration constitutes the key to Orthodox theology on the vision of God. The light which appeared to the Apostles was the expression of the Divine brilliance, of the timeless and uncreated glory, the recognition of the two natures of Christ, the divine and the human. At the same time, it was a prototype, an icon of the transfigured human nature and of the theosis (deification) which is granted by the redemptive work of Christ. The Transfiguration of Christ on mount Tabor is the corresponding event in the New Testament of the event in the Old Testament in which God is revealed to Moses on Mount Horeb. Already from the first Christian centuries we have indications that the Transfiguration of Christ was celebrated in the Church, while from the end of the 6th century of the Christian era the date of this celebration was fixed to be the 6th of August. It is from the same period that we derive the first examples of the iconographic art.

Email ThisBlogThis!Share to TwitterShare to FacebookShare to Pinterest
Labels: Feasts of The Lord, Icons, Theosis