He neither Exists nor doesn’t Exist. He is! 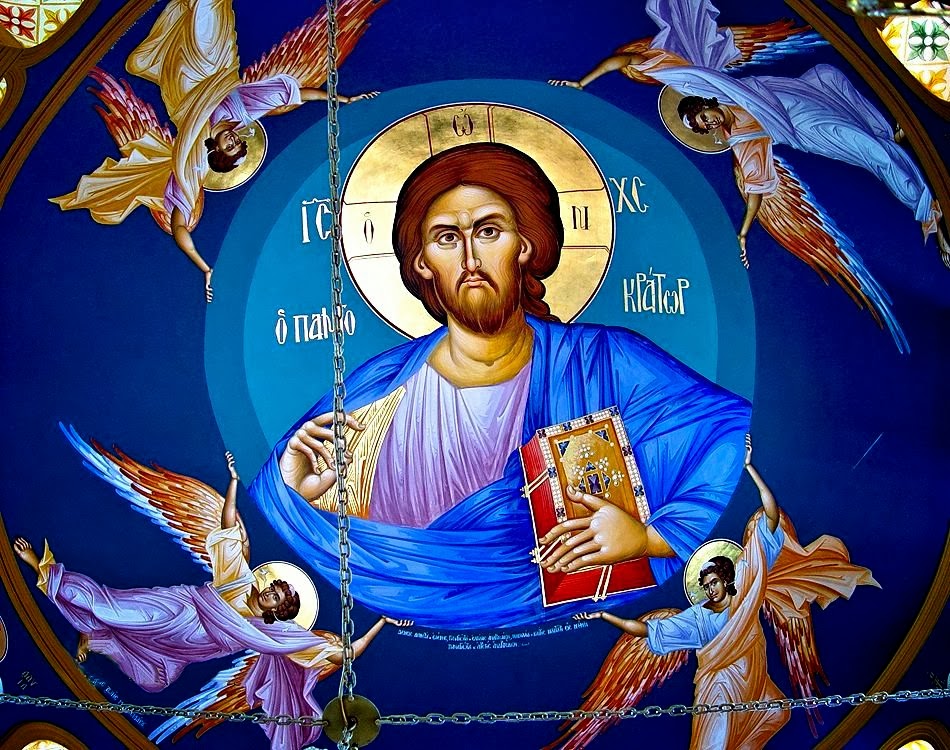 In the end, it often seems that our search for God resembles a vain attempt to get through to Him via the wall rather than the door. And when we don’t make it, we deny Him. That’s what these young people have been trying to do.

But you can’t just approach God superciliously, anyhow and anyway you want. The locus of His mystery has its entryways through which you have to gain admittance with circumspection and humility. The entrances are narrow. And the doors don’t open with a handle, much less with a crowbar. Not with obstinate effort nor with violence. They usually open of their own accord with a… photocell. An encounter with God isn’t a human achievement. It’s a visit by Him. It’s just that, in order for Him to enter, people shouldn’t have their own doors locked. And not only that. We have to open up for Him. God’s not there for us to tell Him what to do, to serve our transitory, short-sighted fancies. He’s there to release us from our wretchedness.

Then it seemed that we’d spent enough time philosophizing. We could relax a little. I tried to change the direction of the conversation. So that they could tell me something about their own interests, since they may have been somewhat put off by my professional persona [as a metropolitan]. I didn’t want to bore them. In the final analysis, they may have wanted less of a discussion such as this and more of a social encounter.

My eye fell on Thanos’ tattoo. It’s on his right arm, half-hidden by his sleeve. At one stage he stretched out his arm and it showed clearly: a small, discreet pair of scales in blue and green tilting towards a lizard with a red tongue touching one of the two trays of the scales. The other tray held a cross. The scales no doubt symbolized the law, since that’s what he was reading at university. I didn’t understand the role of the lizard that was doing the damage. It was very much alive and looked as though, at any moment, it’d slip off and leave the scales alone. And, in any case, why was the cross lighter? I didn’t understand this very well and had no intention of risking an off-the-cuff explanation.

So I said nothing. But I made a mental note and thought about it while we were talking. I was wondering why they weren’t bored with sitting with me for such a long time. I must have been really strange as far as they were concerned. What on earth could we have in common? These young people had worldly dreams; I’d rejected those long ago and had stopped investing in the things of this world. God wasn’t of any great interest to them; I had dedicated everything to Him, He was my sole, my great constant. I don’t believe in anything else. Without Him, I’ve got no explanation for this world [His Eminence is a prominent scientist who taught at MIT and Harvard and worked for NASA]. Without His existence, any reason for my own goes out the window. Without belief in God, I’m drowning, wallowing, collapsing, lost. Faith in Him intoxicates me, revives me, gives me life, a sense of eternity and a vision of alterity.

These young people didn’t understand this and were looking somewhere else. I’m about thirty years older than them, white-haired, with a beard and cassock. I haven’t shaved or had a haircut for years now, for reasons which they wouldn’t understand. I’m a not very good representative of a generation that’s past it, I speak in a rather formal way and write even more so. It won’t be long before I’m stricken with a variety of ailments. They’re fresh young people, modern, and don’t even think about sickness and death.

And there’s even a big gap in the way we think. They believe that they were born free and that their freedom is the same as their free will. I, on the other hand, believe that I was born with free will, but that becoming free is a journey; I believe in a freedom that you have to fight for in order to acquire it. This is why I’ve always been a little extreme in my life; I’ve lived with the minority, gone against the flow: I’ve never been to the cinema, never had a television, refused for years to have a cell phone and haven’t bothered with lots of things that almost everybody does. This is because I didn’t want to voluntarily hurl myself under the bulldozer way of thinking that flattens everything out, to imitate others in a robotic and unthinking manner, to have the system crush me. Even the Church system.

It seems to me that these young people are reacting against the establishment, that of the previous generation, but that they’re collaborating in the creation of an even worse establishment created by their own generation. I would also guess that they think of me as conservative. Yet to me, they seem unliberated. They ask the questions that everybody asks. It’s the system that’s taught them to think in this way.

I’m certain that they had no idea of what was going on inside me. But I, equally, probably didn’t understand them. And maybe they realized that. In the end, we’re so different and nobody wants to change. Not them, not me. Honestly, what were they doing being with me? Why were they still not bored? How did they put up with me? I thought about it and was moved. I was moved by their respect for me as a person. Maybe I’m more right, who knows? But they’re more humble. And this is probably where the secret lies hidden.