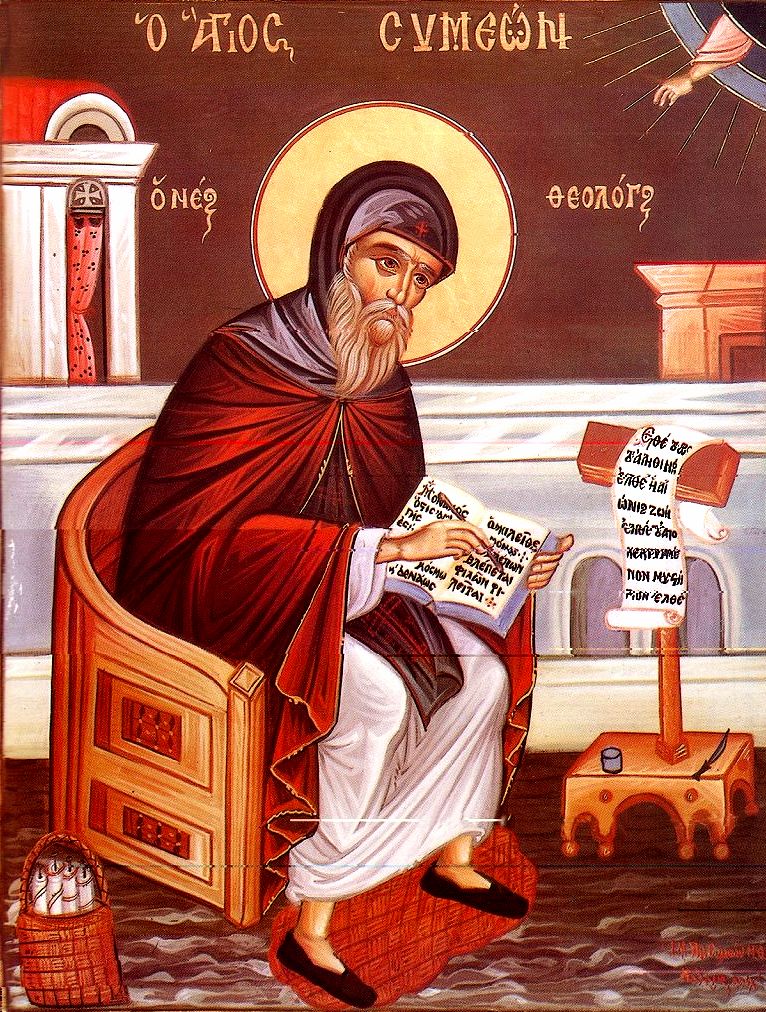 St Symeon the New Theologian was born in 949 to parents who were provincial nobles. From the age of 14 he had as a spiritual father St Symeon the Studite, and after a long wait eventually joined the famous monastey of the Studion when he was 27. He eventually became the abbot of St. Mamas monastery in Constantinople.
St. Symeon emphasises a return to the essence or spirit of the early Orthodox Church, and not merely depend on or shelter under the outward forms of Church life. His burning conviction is that the Christian life must be more than just a routine or habit, but rather it should be a personal experience of the living Christ. St. Symeon urges both monks and baptised laity back to a living spiritual experience of the Triune, calling himself the "enthusiastic zealot" who has personal, mystical experiences.
The Orthodox Church has granted the title of "Theologian", because he is one of a few, in the history of Christianity, to 'know' God. (The other two Theologians are St. John the Evangelist, and St. Gregory of Nazianzus) St Symeon's feast in celebrated on 12 March.