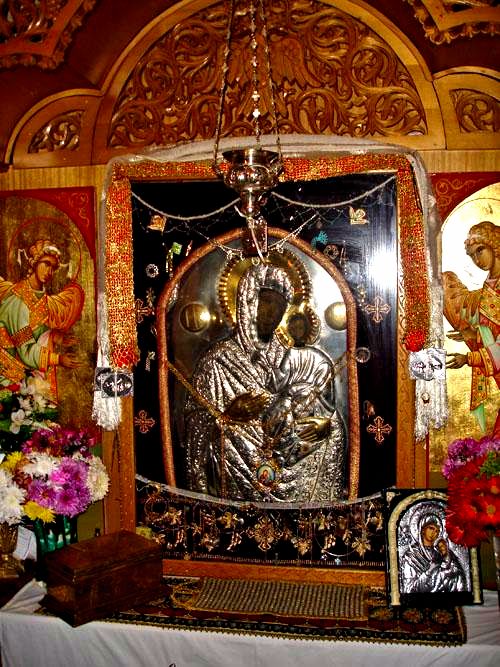 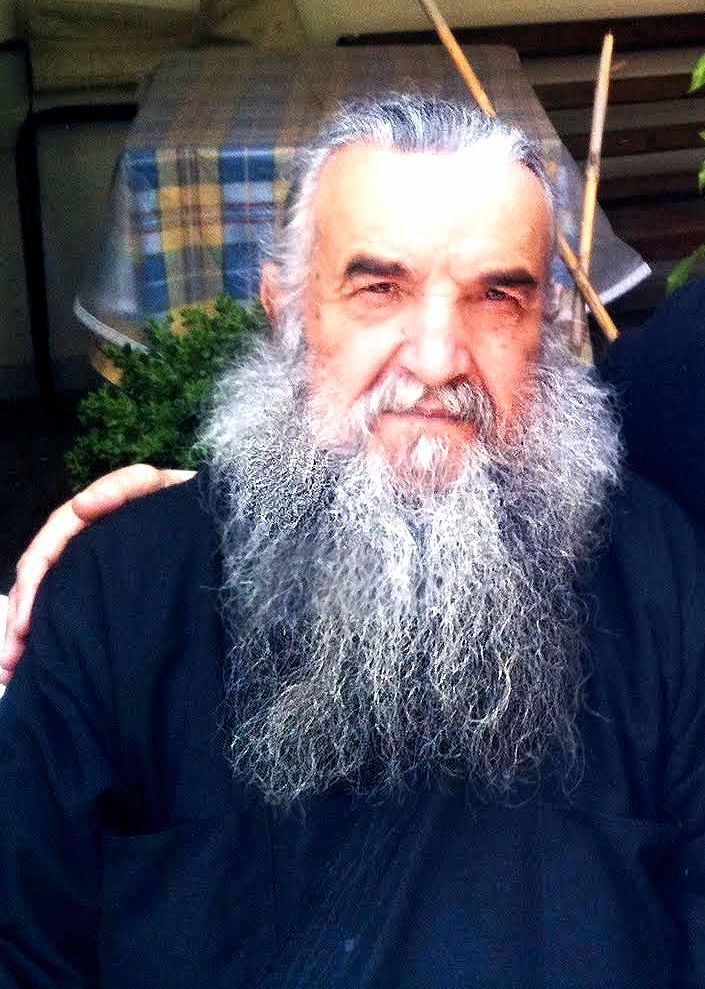 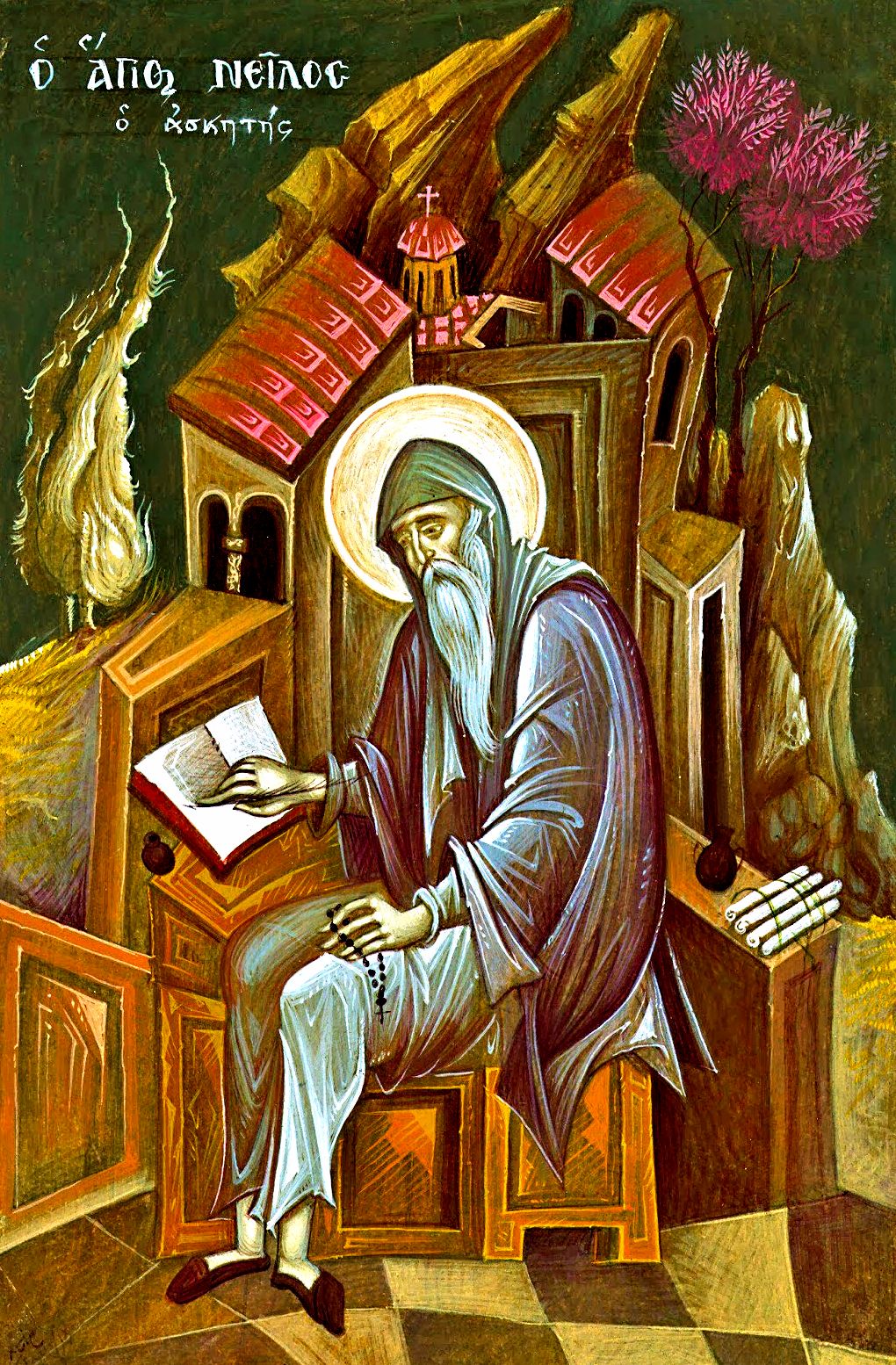 St. Nilus’s main writing is a book of "153 Texts on Prayer," which corresponds to the number of fish that St. Peter caught in John 21:2.

Prayer is the speaking of the mind to God. What structure does the mind need so that, not looking back (nor hither and thither), it may rise to the Lord and converse with Him, with no intermediary?
-- If Moses was forbidden to approach the earthly burning bush until he had loosed his sandals from off his feet (Exodus 3:5), how can you not cast away from yourself every passionate thought when you wish to see Him, Who is above all feeling and thought, and to converse with Him?
-- When you shed floods of tears during prayer, do not exalt yourself for this, as though you were above many others. It is that your prayer has received help from above, so that, having zealously confessed your sins, you may incline the almighty to mercy by your tears.
-- Stand patiently and pray steadfastly, brushing off the impacts of worldly cares and all thoughts; for they distract and worry you in order to disturb the impetus of your prayer.
-- When the demons see that someone has the zeal and diligence to pray as he ought, then they suggest to him thoughts about something, supposedly important (and then draw away); but a little later they again call up the memory of this thing, urging his mind to examine it (if it is a problem – to solve it; if it is a thing – to acquire it); and he, not finding what he seeks, feels vexed and grieved. Then, when he stands up to pray, the demons remind him of what he had thought of and sought for, so that his mind should once more be moved to inquiry and his prayer become barren.
-- Strive to render your mind deaf and dumb during prayer; then you will be able to pray as you ought.
-- When you pray as you ought, there may come into your mind things about which it seems right to be angry with your brother. There is absolutely no anger against your brother which could be justified. If you look, you will find that the question can be settled quite well without anger. Therefore do your best not to be moved to anger.
-- Do not pray that things may be according to your desires, for they are not always in keeping with the will of God. Better pray as you were taught, saying: "Thy will be done" on me (Matthew 6:10). And ask thus about all things, for He always desires what is good and profitable for your soul, whereas you do not always seek it.
-- Do not grieve if you do not at once receive from God that which you ask. He wishes to benefit you still more by making you persist longer in your patient prayer before Him. For what can be higher than to address one’s converse to God and be in communion with Him?
-- Pray firstly to be purified of passions, secondly to be freed from ignorance and forgetfulness, and thirdly to be delivered from all temptation and forsaking.
-- Seek in prayer only righteousness and the kingdom, that is virtue and knowledge – and all the rest "shall be added unto you" (Matthew 6:33).
-- When the sly demon, after using many devices, fails to hinder the prayer of the diligent, he desists a little; but when the man has finished his prayer, he takes his revenge. He either fires his anger and thus destroys the fair state produced by prayer, or excites an impulse towards some animal pleasure and thus mocks his mind.
-- Why do demons wish to excite in us gluttony, fornication, greed, anger, rancor and other passions? So that the mind, under their weight, should be unable to pray as it ought; for when the passions of our irrational part begin to act, they prevent the mind from acting rationally.
-- He who prays in spirit and in truth does not borrow from creatures thoughts to glorify the Creator, but draws from the Creator Himself contemplations for His praise.
-- When your mind, inflamed by longing for God, little by little divests itself of flesh, as it were, and turns away from all thoughts engendered by sensory impressions, or from memory, being at the same time full of adoration and rejoicing, then you may conclude that it has approached the boundaries of prayer.

If you pray truly, you will receive assurances of many things, and angels will come to you as they came to Daniel, and will enlighten you with understanding of causes, the wherefore of all things.
-- Pray in peace and serenity, sing intelligently and in a good state – and you will be like a young eagle soaring high in the sky.
-- Prayer is an activity becoming to the dignity of the mind, or rather, is its real use.
-- Knowledge is an excellent thing; it helps prayer, inciting the power of the mind to the contemplation of Divine knowledge.
-- If you have not yet received the gift of prayer or psalmody, ask persistently, and you will receive.
-- Do not wish what concerns you to be as seems (best) to you, but as God wishes; and you will be free from cares and thankful in your prayer.
-- Even if you already appear to be with God, beware the demon of fornication; for it has great fascination and is full of cunning, constantly trying to overcome the transport of your sober mind and to draw it away from God, even when it stands before God with reverence and fear.
-- He who endures distress, will be granted joys; and he who bears with unpleasant things, will not be deprived of the pleasant.
-- You should also know the following subterfuge of the demons: at times they divide themselves into groups. Some come with a temptation; and when you ask for help others come in the guise of angels and chase away the first, to make you believe that they are true angels, and fall into vainglory, through having been granted such a thing.
-- As bread is food for the body and virtue is food for the soul, so spiritual prayer is food for the mind.
-- Strive not to pray against someone in your prayer, lest you destroy what you are building, by making your prayer an abomination (before God).
-- While another God-loving monk was practicing inner prayer walking in the wilderness, two angels appeared and walked along on either side of him. But he never turned his attention to them for a moment, lest he should lose something better, for he remembered the words of the Apostle, neither "angels, no principalities, nor powers . . . shall be able to separate us from the love of God, which is in Christ Jesus our Lord" (Romans 8:38, 39).
-- Never desire nor seek to see any face or image during prayer.
-- Blessed is the mind which, praying without distraction, acquires ever greater longing for God.
-- Blessed is the mind which, during prayer, is drawn neither to the material nor to possessions.
-- Blessed is the mind which, during prayer, is insensible to all things.
-- Do not shun poverty and afflictions, these wings of buoyant prayer.
-- It happens sometimes that the demons suggest some thoughts to you and then urge you to pray against them, to oppose them, and then quickly withdraw to make you fall into delusion, imagining that you have already begun to conquer thoughts and to intimidate the demons.
-- It happens sometimes that in doing good to one man you suffer harm from another, so that, meeting with injustice, you may say or do something unseemly and thus lose what you have gained. This is precisely the aim of the evil demons. So pay intelligent heed to yourself.
-- He who remains in sin and continues to anger God, and who shamelessly strives to understand Divine things and to acquire transubstantial prayer, should remember the warning of the Apostle that it is not without danger for him to pray with head uncovered. In the words of the Apostle, such a soul ought "to have power on her head because of the angels" (I Corinthians 11:10), having clothed itself in modesty and suitable humility for the sake of those present.
-- Just as long and persistent staring at the sun in its noonday brilliance will bring no good to weak eyes, so imagination about the awesome and transubstantial prayer in spirit and in truth will bring no good to a passionate and impure mind. On the contrary, the Godhead will rise against it in wrath.
-- Prayer is to be praised not merely for quantity but also for quality. This is shown by the "two men (who) went up into the temple to pray" (Luke 18:10), and also by the words, "But when ye pray, use not vain repetitions" and so on (Matthew 6:7).
-- When, standing at prayer, you are above all other joy, know that you have truly attained prayer. 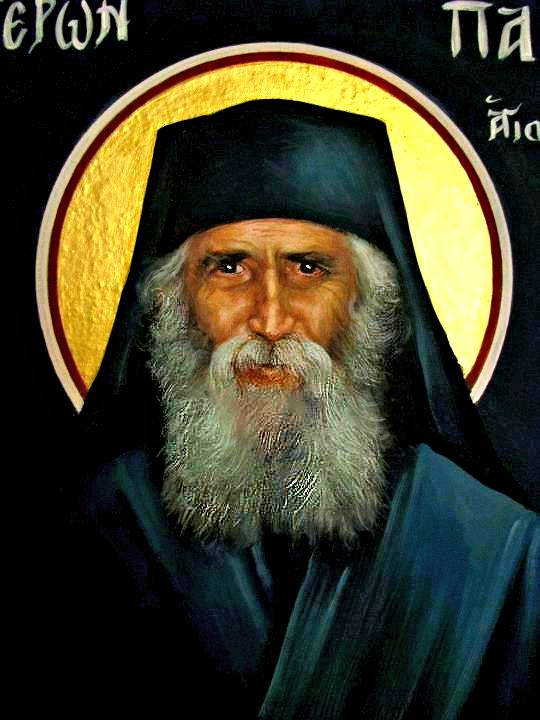