It Is ''Fashionable to Sin '' By Elder Paisios 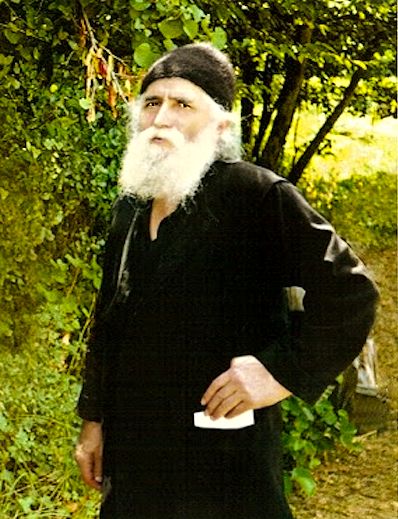 - Geronda, did you tell anyone that there’s going to be a war? That’s what we heard. Is it true? I have not said anything of the sort, but people come up with things. Even if I knew something, to whom would I say it?
- Geronda, war is such a barbarous thing.
- If people did not have the «courtesy» of sin they would not have reached this barbarous state. Even more barbarous is this moral degradation. People’s bodies and souls are falling apart. Someone told me, «They call Athens a ‘jungle’ but no one is leaving the city. Every one calls it a ‘jungle’ and yet everyone still gathers there.» Human beings have come down to the level of animals. You know what animals do when they enter the stable; they defecate and urinate… Then, as the manure ferments, they feel warm and don’t feel like getting themselves out of there. The same happens with human beings; they feel the comfort of sin and don’t have the heart to leave. They smell the stench, but they stay anyway. You see, if someone were to come inside the stable he would not be able to stand the stench; but those who have got used to it are not bothered.
- Geronda, some people say that it’s not only today that people are sinning; this has been going on ever since ancient Rome.
- Yes, but the Romans were idolaters. And when the Apostle Paul wrote to the Romans, he was writing to bap­tized idolaters who had gone back to their bad habits.1 We should not take as example a decadent era. Today, they have taken sin and made it fashionable. Have a look at us, an Orthodox Nation and yet, we are in such a state! Imagine how other nations must be! And the worst thing is that today, that the sin has become so fashionable, if people see someone who does not go with the flow, avoids sin and is pious, they consider him old-fashioned and backward. For them not to sin is considered an insult and to sin is considered progress. And this is the worst thing of all that could happen. If today, all those who live in sin would only acknowledge their condition, God would have mercy on them. Instead, they justify the unjustifiable and they glorify sin. This is the greatest blasphemy against the Holy Spirit: they take sin to be progress and morality the status quo. For this reason, the wages of those who struggle in the world and maintain a pure life are great and of great worth.
In the old days, if one were a pervert or a drunk, they would be ashamed to appear in public because people would scorn them. A woman who had strayed even a little did not dare to come out of her house; and in a way, this was a sort of restraint. These days, if someone is upright, say a young woman who lives a life of piety, people will say, «Look at how she lives.» Back then, when lay people sinned, poor souls, they felt their sinfulness, bowed their head a bit and would not mock one who lived a spiritual life. On the contrary, they actually admired them. Today, people have no sense of their guilt and there is no respect. All standards have been leveled. And people make fun of those that don’t live a worldly life.
The Checks of Conscience
Although France is an advanced nation – it’s not un­derdeveloped – recently, eighty thousand people convert­ed to Islam.2 Why? Because they have turned sin into a fashion. You see, they are bothered by their conscience, they know that something is wrong and they want to set their conscience at ease. And just like the ancient Greeks made up the twelve gods in order to justify their passions, these people seek a religion that would put their souls to rest. Islam is, in a way, the best suitable solution.

It allows them to take as many women as they want for wives, it promises in the next life «mountains of rice, lakes of yog­urt and rivers of honey»! And no matter what their sins are, once their dead body is washed with hot water, they are cleansed! They go to Allah clean! What else could they ask for? It’s all so convenient. But these French con­verts will not find rest. Although they are trying, they will not find rest because the passions can never be justified.No matter what people do, even if they are insensitive, heartless and soulless, they will not find peace and rest. They try to justify the unjustifiable, but inside they are tormented and agitated; that is why they are constantly craving entertainment, listening to loud music, getting drunk, and watching television. They want distraction in order to forget because their conscience bothers them. They can’t even rest when they sleep. You see, there is the conscience. The first «Holy Scripture» that God gave to Adam and Eve was conscience, and we inherit it from our parents like a photocopy. Not matter how hard we may try to run over our conscience, it is still there checking on us. That is why people say, «This thing is eating him up.» Indeed, there is nothing sweeter than having a clear conscience. One feels like he has wings; he soars.
Separation From God Is Hell
I cannot remember even a day without divine con­solation. Sometimes, of course, interruptions occur and I feel bad. Then, I can understand how horrible are the lives of most people, who live without this consolation because they have distanced themselves from God. The more one distances himself from God, the worse things become. One may have nothing else, but having God is all that he needs. That’s it! Even if one has everything but lacks God, in his heart he will be tortured. That’s why it is important to get as close to God as possible. It is only next to Him that we can find true and eternal joy. We taste bitter poison when we live apart from sweet Jesus. When a sinful man becomes a man of God again, a prince, he is fed with divine pleasure, with heavenly sweetness and feels the delight of Paradise; though he lives on earth, he gets to taste the joy of Heaven. Every day that goes by, his joy grows bigger and he gets to wonder if there is in Heaven something higher than what he experiences here on earth. Such is his situation, that he cannot do any work; his knees bend over like candlesticks from that di­vine warmth and sweetness while his heart leaps and tries to shatter its thin cage to run away, because earth and all earthly things appear to be worthless.
In the beginning, man had communion with God. Later, however, when he moved away from the Grace of God, he was like someone who used to live in a pal­ace and then was banned from it and now views it from a distance and weeps. Just as a child suffers away from its mother, man also suffers when he is distanced from God. We are tormented. Separation from God is hell. The devil has managed to distance people from God so much that they have reached the point of worshiping statues and sacrificing even their children to them. It’s a horrible thing! Where do the demons find all these deities? The god Chemosh! Just hearing his name is enough.3 But the devil is the most tortured being of all because he is the farthest removed from God, from Love. When love de­parts, hell sets in. What is the opposite of love? Evil and malice; evil equals suffering.

One who has distanced himself from God becomes prone to demonic influence, while the other one who is close to God receives divine Grace. He who already has God’s Grace will be given more. And he who has only a little and scorns it, he will lose it all.4 The Grace of God is missing from most people today because by sinning they throw away whatever small portion of it they may have. And when divine Grace is gone, the demons rush at human beings and take possession of them.
Depending on their distance from God, people are in constant pain in this life and will be in eternal pain in the other life. For the taste and joy of Paradise begin, to an extent, in this life, depending on how much one lives according to the will of God. Either we shall experience a portion of the heavenly joy here on earth and will then go to Heaven, or we shall experience a portion of hell here and, God forbid, we shall end up in hell. Paradise is good­ness. Hell is malice and evildoing. When we do something good, we feel joy. When we do something wrong, some­thing evil, we suffer. The more good one does, the more joy he feels. The more one causes harm, the more his soul suffers. Can a thief feel any joy? He cannot. But the one who does good, he feels joy. Even if one finds something on the street and keeps it for himself, he will not find rest. Although he doesn’t know to whom it belongs, nor has he harmed anyone or stolen it, he cannot find peace. Im­agine if he had actually stolen it! Even when we receive something, a gift, we still do not feel the same joy that we do when we give. How then could someone who steals or takes away unjustly, feel joy? That is why one can look at people who live unjust lives and see on their faces so many grimaces!
The Boss You Work For Will Pay Your Wages
People who live away from God are always without consolation and are doubly tormented. If one does not believe in God and in the future life, he is not only de­prived of divine consolation but also brings eternal con­demnation upon his soul. The boss you work for will pay your wages. If you work for the devil, he will pay you by making your life miserable here on earth. If you work for virtue, Christ will pay you. And the more you work for Christ, the more you will shine and find bliss. But we say, «Am I a fool to work for Christ?» Isn’t this horrible that we do not recognize Christ’s sacrifice for humanity? Christ was crucified to save us from sin, to cleanse man­kind. Look at what Christ has done for us. What have we done for Him?
People want to sin, but they also want God to be good to them. He should keep forgiving us while we continue to sin. We want to do whatever we like and we want Him to forgive us. He is supposed to forgive us no matter what we do. People don’t have faith in God and they rush to commit sin. All that is evil begins from lack of faith. Peo­ple don’t believe in eternal life and for this reason noth­ing stops them; they treat others unjustly, they abandon their children… The things that take place …, so many grave sins. Not even the Holy Fathers had foreseen such sins in the Sacred Canons. It’s like Sodom and Gomorrah when God had said, «I don’t believe that such sins exist; I should go and see for myself.»5
If people don’t repent and return to God, they will lose eternal life. Man must be helped in order to feel the deeper meaning of life, to come to his senses and to ex­perience divine consolation. The goal is to rise spiritu­ally, not simply to avoid sin. 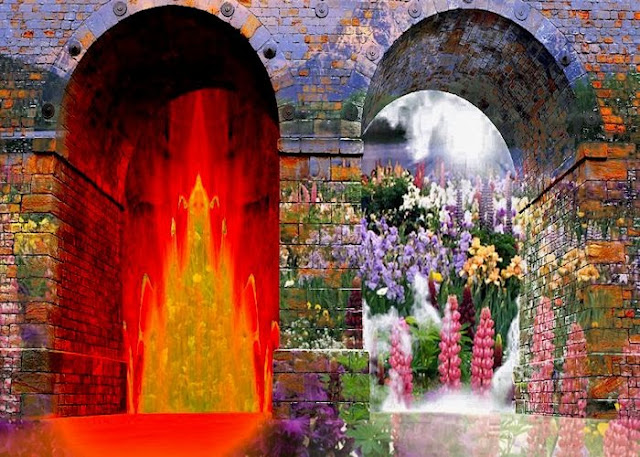