What is an Orthodox Man? 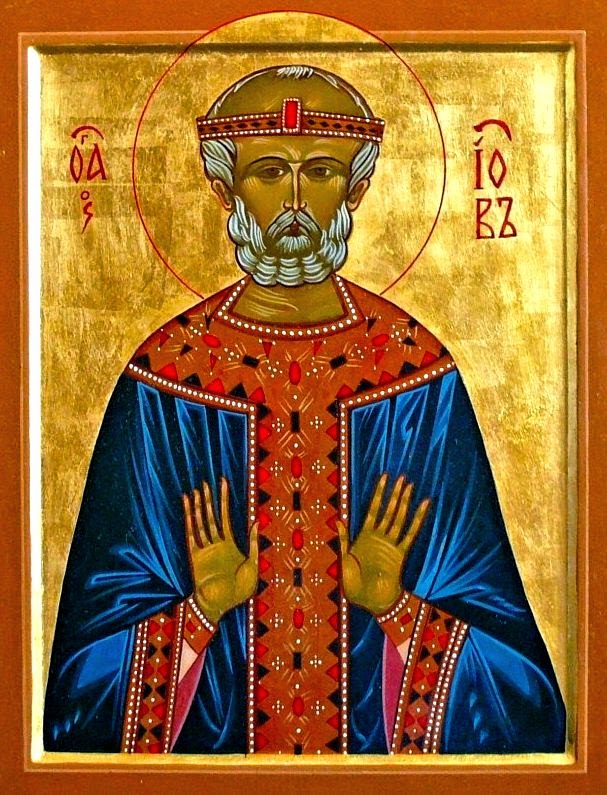 Happy is the man who becomes wise – who comes to have understanding (Proverbs 3:13).
We live today in a society where husbands and wives, mothers and fathers, have been torn from their roots, ripped from time-honored and theologically-sanctioned values about what it is to be a man, a woman, a family. The old values and roles, so easily nurtured in a largely agrarian and patriarchal society, now seem almost impossible to live in our industrialized cities. The healthy psychological bonding that used to occur naturally between mothers and daughters, fathers and sons, is now a rare experience.
As if this were not a difficult enough burden for the spiritually-minded to bear, we are also now inundated by strange and sometimes aberrant notions about sexuality and role models. We live in a culture of increasing “unisex,” perversion, and immorality – on the job, at home, and sometimes even in the church.
The “women’s liberation movement” was originally an understandable reaction to irresponsible, heavy-handed, arrogant and insensitive men; but instead of raising the conscience and morality of men to the traditional nurturing and moral level of women, it had the effect of bringing women down to the more animal level of men’s behavior, while at the same time shattering the “male myth” without giving in its place a proper sense of what it is to be a man – or, for our purposes, what it is to be an Orthodox Christian man.
An extraordinarily relevant model for the Orthodox man today is the Holy Prophet Job in the Old Testament. Indeed, here was a man “after God’s own heart.” His life gives evidence of certain manly characteristics by which the Orthodox man can, and should, measure himself today – providing a program of spiritual growth and struggle that is without equal.
We think of St. Job primarily in the context of his trial of faith and the afflictions of his life, for which reason the Orthodox call him “The Much-suffering.” We forget that he persevered to the end and found victory over his troubles. We seldom realize that in order to obtain this victory, he needed certain qualities of character and soul – the qualities of a true and godly man.
What are those qualities?
He was a man who did not forget God and God’s loving care for him, no matter how terrible the present affliction: God was always with me and the friendship of God protected my home (Job 29:3-4).
The Orthodox man strives never to forget God and His blessings whether in the past or in the present, and he gives this same example to his wife and children, especially in times of trial.
The Prophet loved his children and missed them sorely when he was in exile. He did not see them as an irritating intrusion into his own “lifestyle.” He rose early to pray and make sacrifice for them, in order to purify them in case they had sinned. The Orthodox man prays ardently for his children – both for wisdom in guiding them aright, and for God’s blessing and grace on them. This is also a model for a priest, who has many spiritual children.
St. Job was just and fair, both with his children and with those for whom he had responsibility outside his family. In the same way, an Orthodox man is a model of justice and even-handedness for his own children, tempering justice with mercy.
The Prophet Job received respect from old and young. Orthodox men show respect to their elders, both in the family and at work, but especially in the Church, and they earn the respect of their wives and children, doing nothing to kill this respect or to scandalize them.
The Saint was stable, like a tree whose roots always have water. An Orthodox man consciously strives to avoid the restlessness of our mobile society, recognizing the need for children to have a secure sense of place and stability in their lives.
St. Job was a seeker after God and wisdom: The Lord giveth, and the Lord taketh away; blessed be the name of the Lord. An Orthodox man also strives to serenely rest in God’s providence, keeping lively his commitment to the Orthodox Faith, and modeling this for his family according to his strength.
Because of all these spiritual characteristics, St. Job was able to endure terrible suffering and affliction, as a result of which the Lord blessed the last part of Job’s life even more than he had blessed the first. Here, then, is a real example for today’s men, who are often tempted to retreat into passive self-centeredness in the face of difficulty and temptation, who are too ready (and encouraged by society to do so) to jettison job, wife, and children at the slightest whim or difficulty. Here, then, is a Saint who can inspire in contemporary man a real manhood rather than a fake masculinity.

Always obey the Lord and you will be happy. If you are stubborn, you will be ruined (Proverbs 28:14).

Email ThisBlogThis!Share to TwitterShare to FacebookShare to Pinterest
Labels: Spiritual Life in the Family 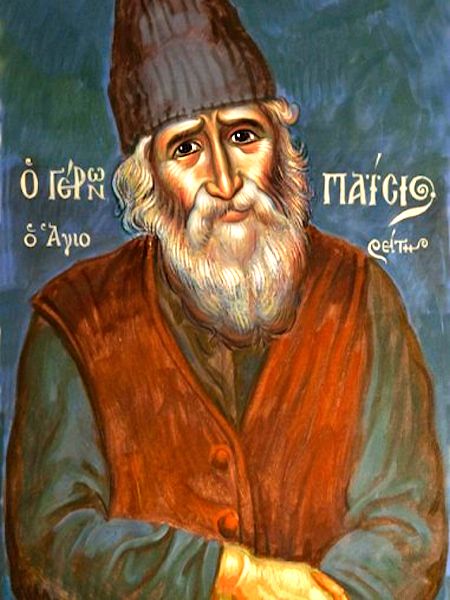