The Invitation to the Banquet.. 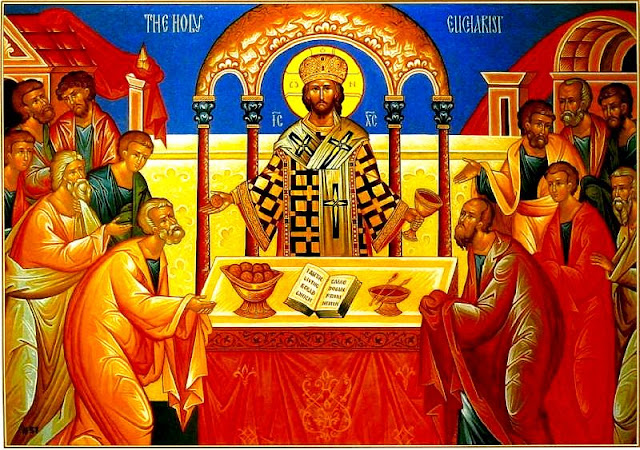 How the Church Creates Spiritual Ties 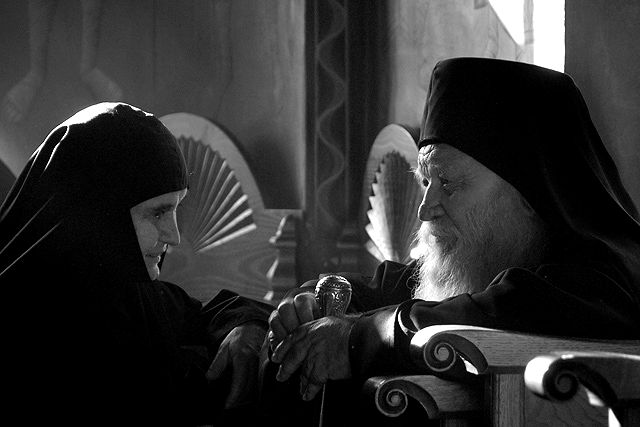 The Church is the Body of Christ, and we are its members. The Apostle Paul teaches that each member must fulfill his duty for the good of all. This means that if we belong to the Church and follow Her statutes, we will continually strengthen our spiritual ties in Christ. This will come about through the Church's prayers, Mysteries, services and mutual fellowship.
Chief meaning in the Church is given to the Mysteries, and for this reason we will examine their effects.

The Mystery of Baptism – Through this Mystery of renewal, the Church unites the infant to a new life in Christ. It would seem that this Mystery has meaning only for the one being baptized, but if we consider the godparents, we will perceive a greater meaning in this sacrament. The godfather and godmother are drawn by the Church to participate in the Christian upbringing of the child, and thereby enter into new ties with the family of the baptized. After this, the Church considers them to be spiritual relatives of the family of the baptized and therefore forbids inter-marriage between them. Thus, with each new baptism, the foundation of the Church, the family, is strengthened. Even if not all godparents fully acknowledge their obligations, yet around every baptismal font new spiritual ties spring up between members of the Church.

The Mystery of Communion – From the very earliest times of Christianity, this Mystery was looked upon as a means of maintaining spiritual ties between members of the Church. The Savior said: "He who eats My flesh and drinks My Blood abides in Me and I in him" (Jn. 6:56). The essence of this mystical unity is difficult to grasp, but leaves no doubt that all the faithful, through Holy Communion, enter into spiritual brotherhood through Jesus Christ. And when we say "brother-in-Christ" or write in a letter "with love in Christ," then we witness thereby to our spiritual kinship with other members of the Church. Such a spiritual tie between us goes far beyond all other human relationships, for it has an eternal, unsurpassable meaning. Therefore, the greater the number of the faithful that receive Holy Communion in a parish, and the more often they approach the Holy Chalice, the more the bonds of Christian love between them will be strengthened thereby.

The Mystery of Marriage – By this Mystery the Church creates a family, a new cell of the faithful. In essence, a sort of spiritual miracle is performed in this Mystery: from two previously separate persons, the Church fashions the new ties of relationship between husband and wife. And in the Rite of Matrimony the priest prays for them: "O Eternal God, Who hast brought into unity them that were sundered, and hast ordained for them an indissoluble union of love, do Thou Thyself bless these, Thy servants, guiding them unto every good work."

Although this "union of love" includes the physical unity, its chief sense is the spiritual union, after the model of Christ and His Church. And that there should always be of necessity mutual spiritual understanding between the groom and the bride in a Christian marriage, we have a direct indication in the following passage in the epistles of the Apostle Paul: "Have we not power to eat and drink? Hae we not power to lead about a sister, wife, as well as other apostles and brethren of the Lord and Cephas?" (I Cor. 9:5).

This shows us that true Christian marriage can take place only between the faithful. In choosing for himself a partner for life, the groom must, above all, find for himself a "sister-in-Christ," and the bride a "brother-in-Christ," after which the Church unites them in the bonds of marriage for their whole life. This is the reason why the Church considers marriages with persons of different confessions undesirable, and still more so, with unbelievers. Such marriages, as it were, remain outside the general life of the Church and cannot be stable. Only a common faith can be a true foundation for marriage; and everything else will follow.

The Mystery of Confession – In this Mystery new spiritual ties also appear between penitent and confessor. Here the confessor, appointed by the Church, becomes a spiritual father and takes upon himself care of his spiritual children. Thus, it is so important to have as one's spiritual father not just any priest, but a regular guide, as is done in monasteries. It is possible for laypeople to have such a regular confessor in the form of an elder to whom one commits oneself for his whole life. Thus, the Mystery of confession maintains the deep spiritual relationships between the clergy and the laity. But the spiritual father has a particularly great meaning for monastics, when they completely renounce the world and commit themselves to a spiritual father, who takes the place of their father and mother.

Such is the meaning of the Holy Mysteries in the creation of spiritual ties within the Church, on the foundation of Christian love. They sustain the faith of members of the Church and strengthen their Christian life, both family and personal. In such conditions there cannot be the type of loneliness and neglect among Christians which is presently observed among people lacking any sort of spiritual bonds. Such unbelieving people marry and beget children, but all this has a casual and temporary character. Their marriages fall apart, their children are neglected and perish, both physically and spiritually. Even their family relationships are based not so much on love as on greedy calculation, in order to receive help, protection or an inheritance, and so as not to be left alone in their old age. And how many suicides are there today, that arise chiefly because of unbelief and the loneliness bound up with it?