The Descent of the Holy Spirit on Pentecost 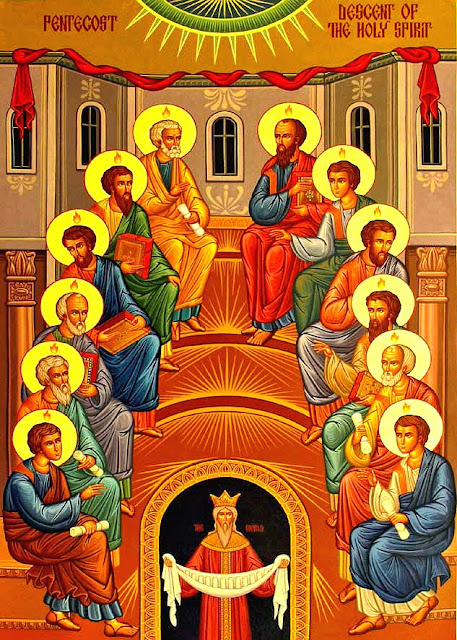 By Metropolitan Hierotheos (Vlahos) of Nafpaktos


The second point by which one can interpret the descent of the Holy Spirit on the day of Pentecost is that the Holy Spirit made the Disciples members of the Body of Christ and gave them the power to participate in Christ’s victory over death.


Freedom is used differently for God, the angels and men. God is said to possess freedom “preeminently, supremely and supraessentially”. God cannot be compared with human data. The angels possess freedom naturally, but they exercise it without hindrance, they want to use it directly, because they have nothing to prevent them from acting on it, for they are not hindered by the body or any other opposing force. Human beings are independent and have freedom, but their free will has been traumatised and it is not easy for them to carry out their desires. This is why desire and free will need to be strengthened by God. In the Old Testament it says that he who listens “receives favour from the Lord” (Proverbs 8.35). And the Apostle Paul writes: “for it is God who works in you to will and to act according to his goog purpose” (Philippians 2.13).


This means that the Holy Spirit came down into the hearts of the Apostles and is working in men through their own will and not as servants. But men must respond to the energy of the Holy Spirit with their will, since God does not violate their freedom. However, desire and free will must be reinforced by God because in the fallen state man is enslaved, he is an attached being.


In general, when we speak of the descent of the Holy Spirit on the day of Pentecost, we cannot understand it as an incarnation, for only the Son and Word of God became incarnate, but as Its hypostatic manifestation in the world, which transformed the Disciples and changed them from mortal men to living members of the Body of Christ.