Icon Analysis- "The Entrance of the Theotokos into the Temple" 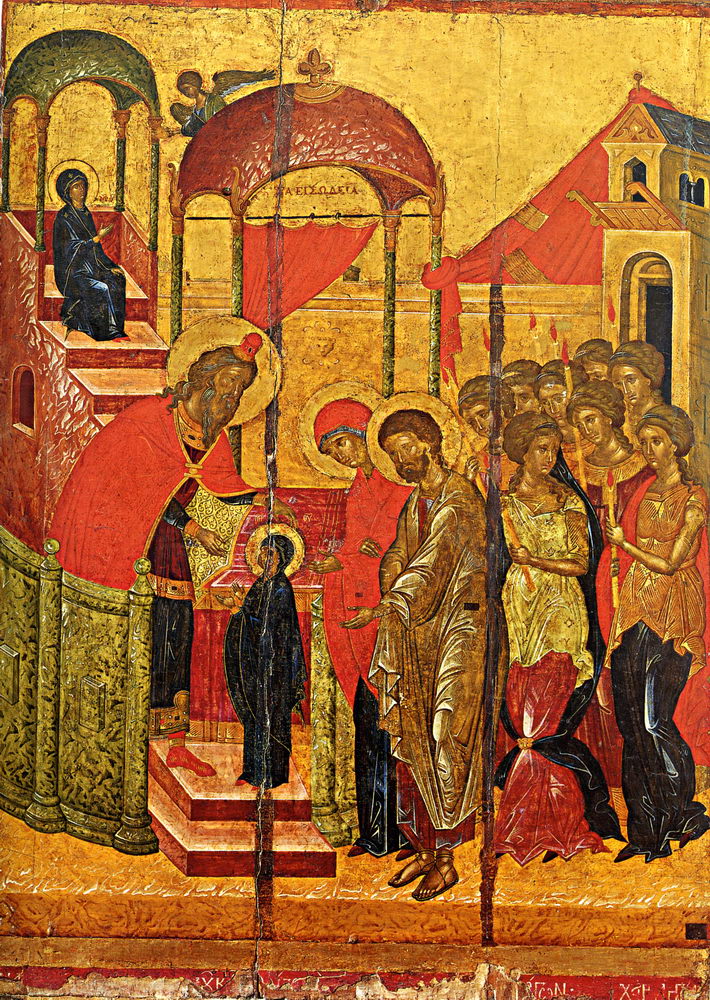 Today is the prelude of God’s pleasure and the proclamation of man’s salvation. The Virgin is clearly made manifest in the temple of God and foretells Christ to all. Let us also cry out to her with mighty voice, “Hail, fulfillment of the Creator’s dispensation. -Apolytikion for the Feast of the Entrance

One of the Twelve Great Feasts, and the first major feast of the Advent period, is that of the Entrance of the Mother of God into the Temple at Jerusalem. As the hymn for the feast says, the Entrance of the Mother of God into the Temple is the “prelude” of God’s plan for Salvation: the Incarnation.
The details of the feast (Gr: Η είσοδος της Θεοτόκου στον Ναό; Ru: Введение во храмare) are recounted in the 2nd century writing, the Protoevangelion of James, which details the birth and early life of Mary, before the Annunciation of the divine plan for her to be the Mother of God. After God granted a child to the elderly couple Joachim and Anna, it was decided that she would be entirely dedicated to God. And so, when their girl was three, Mary was brought by her parents to the Temple in Jerusalem

Although the texts of the event are ancient, the feast didn’t appear in the Church until the 6th century A.D., and then only in the East. The feast was not introduced to the West until after the Great Schism, as late as the 14th century. Neglected in the West, it is one of the Twelve Great Feasts of the Orthodox Church and, as mentioned, the prelude to the Nativity of Christ: Christmas. The relatively late introduction of the feast to the Church means that icons are also relatively late, normally after the 11th century. As a result, the icons show little variation from the 15th Century example given above.

The infant Mary is shown as a small adult, wearing even the same clothing (red-over-green, with the three stars of perpetual virginity) as in icons of her as an adult. She is racing towards St Zacharias at the entrance of the Temple, dressed unmistakably as the High Priest and with halo, who stoops down to greet her. In her wake she leaves her parents Ss Joachim and Anna (also with halos), and the retinue of young maidens who accompanied the holy family to the Temple. All of this is as it’s described in the Protoevangelion. On lifting up the young Theotokos, Zacharias declares:

Mary was then raised in the temple, with the other maidens, until she reached puberty. At this point, the Gospels take up the narrative: her betrothal to the widower Joseph, the Annunciation, and the birth of Christ. Church tradition further states that during Mary’s time in the Temple, she was lead into the Holy-of-Holies – the most sacred part of the Temple – where she was attended to by angels. This is shown in the icon, where Mary is seemingly at the top of a tall tower; this is figurative, as the Holy-of-Holies was not at the top of a tower, but behind a veil (which is also sometimes shown in icons, flung back).

The Temple is usually shown in the background, often depicted anachronistically as a church building with cupolas and crosses. Depicting the Jewish Temple as a Christian church is done deliberately, rather than in ignorance, in this and other icons: these holy images show the spiritual reality of the Jewish Temple, which prefigured in both form and use the things completed by the Jesus Christ’s birth by the Virgin Mary. Often, a cloth is shown draping over the whole scene, indicating that the icon’s main scene is actually happening inside the Temple. Thus, the outside and the inside of the building is shown simultaneously; a common iconographic technique used in other icons such as the Nativity of the Mother of God and the Presentation of Christ in the Temple.

The icon below, from 14th Century Russia, contains all these features but is rare in also showing Mary’s future fiancée – St Joseph – on the left. His hands are covered, in reverence, anticipating his future betrothal to the future Mother of God, pure virginal vessel of the Son of God.

Today, the most pure temple of the Savior, the precious bridal chamber and Virgin, the sacred treasure of God, enters the house of the Lord, bringing the grace of the Divine Spirit. The Angels of God praise her. She is the heavenly tabernacle.

Email ThisBlogThis!Share to TwitterShare to FacebookShare to Pinterest
Labels: Feasts of the Theotokos, Icons 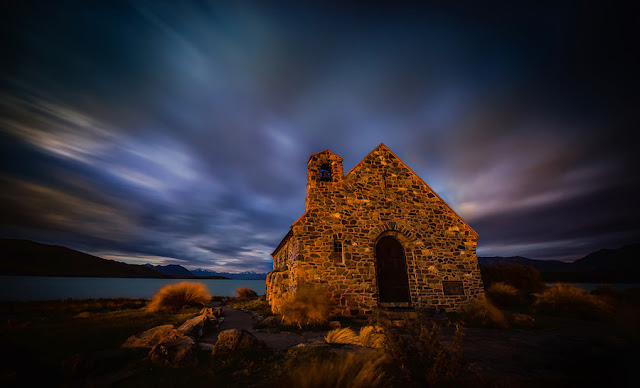