St.Theophan The Recluse-On How Grace Settles in the Repentant Soul. 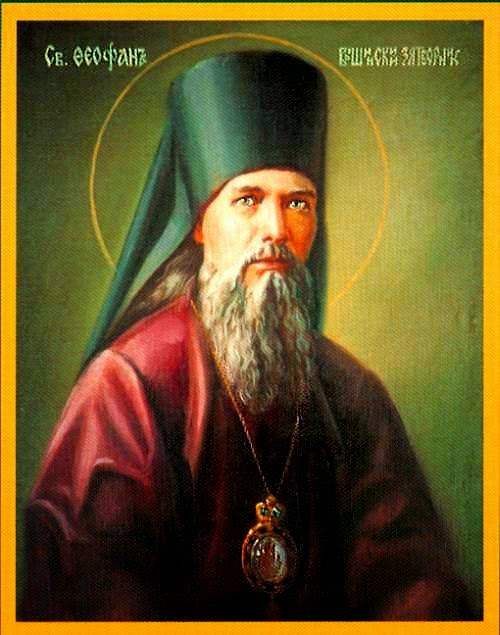 In looking at a person who has repented, we are looking at a person who has actually entered into communion with God, but this communion is still hidden, secret, unmanifest. His goal is to attain communion that is complete, tangible, and perceptible. We must precisely determine all of this for ourselves and be assured, because all the penitent's labor for salvation should be built upon this foundation, namely: that in the Sacrament of Confession (or Baptism) grace descends perceptibly to the spirit but then hides itself from the awareness, although it does not in fact go away. It remains imperceptible until the heart is purified, at which time it dwells visibly and finally. It is obvious that our only instructors in this matter can be the Holy Fathers. None of them expresses it so well as St. Diadochus, Bishop of Photiki, and St. Macarius of Egypt. We present their witness to our suppositions.

Grace Settles in a Person and Stays with Him from the Moment he Receives the Mysteries.

"From the instant we are baptized," says St. Diadochus, "grace is hidden in the depths of the intellect." Also: "For when through Holy Baptism divine grace in its infinite love permeates the lineaments of God's image — thereby renewing in the soul the capacity for attaining the divine likeness — what place is there for the devil?" St. Macarius says: "Grace is constantly present, and is rooted in us, and worked into us like leaven, from our earliest years, until the thing thus present becomes fixed in a man like a natural endowment, as if it were one substance with him.

When Grace First Settles in a Person through a Sacrament, it Vouchsafes that Person a Complete Taste of the Blessedness of Communion with God.

"If we fervently desire holiness," says St. Diadochus, "the Holy Spirit at the outset gives the soul a full and conscious taste of God's sweetness, so that the intellect will know exactly of what the final reward of the spiritual life consists." Also: "At the start of the spiritual way, the soul usually has the conscious experience of being illumined with its own light through the action of grace."

This most perceptible illumination of grace is at first expressed by the white clothing that the newly baptized wear for seven days. That this is not just a formality is seen from the examples of the holy converts, for some were visibly clothed in light, upon others a dove descended, and the faces of others became bright.

In general all who have truly come close to the Lord have felt a certain leaping of spirit, similar to the leaping of the Forerunner of the Lord in the womb of Elizabeth when the Mother of God approached her carrying the Lord within her. In the lives of Sts. Symeon and John is written that they saw a light around a brother who was baptized and received the monastic habit — and it lasted seven days. Feeling a particular action of God upon receiving the monastic habit, they sought to preserve it forever, and immediately departed to a solitary place more suitable for that form of asceticism.

Grace Hides itself from the One Who is Laboring for his Salvation.

Then grace hides itself from the one who is laboring for his salvation, and although it dwells and works in him, it does so unnoticeably to him, and he is so unaware of it that he often considers himself to be abandoned by God and perishing, which causes him to fall into constrictions, lamentations and even light depression. Thus St. Diadochus continues, from the foregoing citation: "Incidentally, it hides the treasure of this life-creating gift for a long time, so that we would count ourselves as nothing though we fulfill every virtue, for we have not yet made holy love habitual in ourselves...." "But as we continue our ascetic struggles, it produces in the theologizing soul its secret activity in a manner unknown by the soul, so that it might incline us who have been called, at the first opportunity, from the unknown to the known, to enter the way of divine visions; and secondly, so that amidst our ascetic labors we might preserve our knowledge from vainglory."

In another place he explains how grace works in general: "Grace at first conceals its presence, in those who have been baptized, waiting to see which way the soul inclines; but when the whole man has turned towards the Lord it then reveals to the heart its presence there with a feeling which words cannot express, once again waiting to see which way the soul inclines. At the same time, however, it allows the arrows of the devil to wound the soul at the most inward point of its sensitivity, so as to make the soul search out God with warmer resolve and more humble disposition..." "And I am speaking here of the struggle that takes place when God recedes in order to educate us — then grace conceals itself a little, as I have said, but nevertheless supports the soul in a hidden way, so that in the eyes of its enemies the victory appears to be due to the soul alone. This brings great sadness, humility and even some measure of despair to the soul."

St. Macarius of Egypt also says: "God's grace in man (which is already present, already granted), and the gift of the Holy Spirit, which is vouchsafed to a faithful soul, proceeds with much contention, with much endurance and longsuffering, and temptations and trials." This refers of course not to the first time grace is received, but its complete indwelling and activity, as we can see from his own words, where he says that "The spiritual influence of God's grace within the soul works with great patience, wisdom, and mysterious management of the mind, while the man for long times and seasons contends in much endurance; and then the work of grace is proved to be perfect in him." He explains this using the examples of Abraham, Jacob, Joseph and David, who, having received great promises, were made to suffer a long time in unknowing until they finally saw the fulfillment of the promise.

It is necessary to note that this hiddenness and imperceptibility is not all-encompassing, but is sometimes mixed with consolations, although these consolations are something entirely different from those which occur with the indwelling of the Spirit.

Finally, God Dwells in Man in a Special Manner.

Finally, when this period of hidden communion with God and His mysterious activity in the soul is over (the duration of this period not being in man's hands but in the guiding wisdom of man-saving grace), God dwells in man in a special manner. He visibly fills him, unites Himself to him and communes with him. This is the goal man strives to achieve through all his ascetic struggles and labors, all the economy of salvation from God Himself, and all that happens to each person in the present life from birth to the grave. St. Macarius writes that the work of grace after long trials finally shows itself fully, and the soul acquires full sonship of the Spirit. God Himself proves the heart, and man is made worthy to be of one spirit with the Lord. According to St. Diadochus, "If a man, while still alive, can undergo death through his labors, then in his entirety he becomes the dwelling-place of the Holy Spirit." "Grace illumines his whole being with a deeper awareness, warming him with great love of God." This action reveals itself or is accompanied by different manifestations with different people.