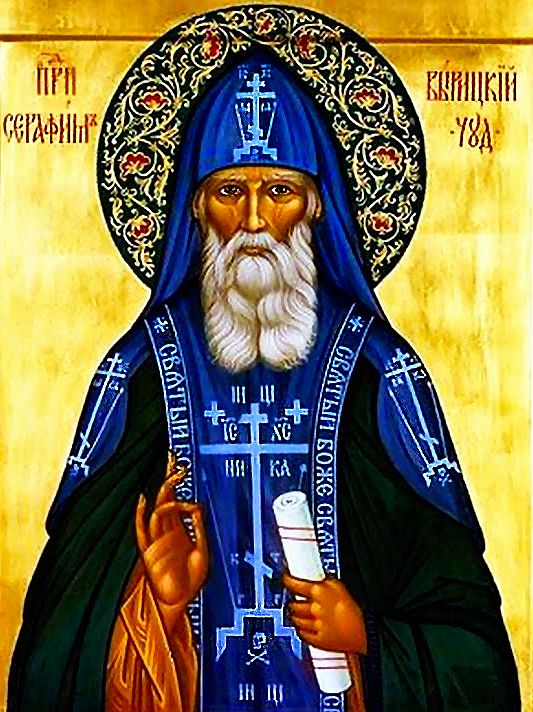 * The Lord has the power to show forth workers if we beseech Him. Let's pray and let's beg Him and then from the rocks, the Lord will show forth His chosen ones.
* At least once in our life we must light a candle for those whom we insulted, whom we deceived, whom we stole something from, whom we owed, and whom we did not pay our debt.
* When some people would complain to the Elder that they were being slandered, he would say: "Let the others say ugly words about us. We should try to make everything good."
* The Elder used to say that a time would come when near every believer would be forty unbelievers and they would beg him to save them.
* The Lord can wait even a thousand years for just one person to be saved for the number of angels who fell [i.e. the demons] to be made up.
* Even in the most difficult times, he who will occu­py himself diligently with the Jesus prayer, ascending with the frequent invocation of the Son of God's name in ceaseless prayer, will be able to be easily saved.
*The Elder many times used to say that the Chris­tian should, of course, pray for his enemies. More spe­cifically, he used to say the following: "Of course we should pray for our enemies. If we don't pray, it's as if we are throwing gasoline οn fire and the flame becomes constantly bigger!Always give thanks to the Lord and the Panagia(Mother Of God) for everything, even for the afflictions. "
* There will come a time when not the persecutions but money and the goods of this world will take people far from God. Then many more souls will be lost than in the time of the persecutions.
Οn the one hand, they will be putting gold οn the domes and will put the crosses οn them and, οn the other hand, everywhere evil and falsehood will reign. The true Church always will be persecuted. They who want to be saved will be saved with illnesses and afflictions. The way in which the persecutions will occur will be very sly and it will be very difficult for one to foresee the persecutions. Dreadful will be that time ; Ι pity those who will be liv­ing then.
* The Elder loved the youth very much. Then the young people didn't go to church almost at all and the Elder rejoiced very much when they would visit him. Father Seraphim used to say that the role of the youth will be very great in the future revival of the ecclesiasti­cal life. He also used to say that there will come a time when corruption and lewdness among the youth will reach the utmost point. There will hardly be any virgin youth left. They will see their lack of punishment and will think that everything is allowable for them to satis­fy their desires. God will call them, however, and they will realize that it will not be possible for them to con­tinue such a life. Then in various ways they will be led tο God. In many people there will be a tendency to­wards the ascetic life. They who formerly were sinners and alcoholics will fill the churches and they will feel great thirst for the spiritual life. Many will become monastics. The monasteries will open and the churches will be full of believers. The young will go οn ρilgrimages tο the holy lands. That time will be beautiful.That today they are sinning greatly, will lead them tο a deeper repentance. Just like the candle before it goes out, it shines strongly and throws sparks; with its light, it enlightens the surrounding darkness; thus, it will be the Church's life in the last age. And that time is near.
* After the end of the second World War, the Elder said tο a spiritual child of his: " There will come a time when from the church of Αll Ηοly Virgin Mary of Kazan till the Lavra of Saint Alexander, there will be a li­tany. Υοu will see it." Αt that time it was difficult for one tο believe it and today this has become a reality. The Orthodox of Russia remember the procession of Saint Seraphim of Sarov's precious relics in the roads of Saint Petersburg. The procession went from the Αll Ηοly Virgin Mary of Kazan church tο Saint Alexander Nevsky Lavra.